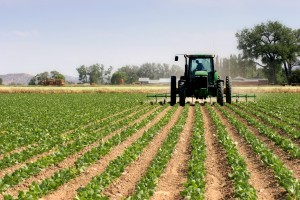 The law of unintended consequences has created a society that is likely to suffer a shorter lifespan than its predecessor, compounded by obesity, ill health, and confusion.

How did this happen in the most efficient food delivery system the world has ever known?

Fifty years ago, America was dotted with family farms that produced foodstuffs in great variety, and for markets that were most often what we would call today “local”.

This symbol of America’s changing agricultural scene presaged enormous changes in the food production and delivery system that has resulted today, in enormous agriculture operations,  as big and cumbersome as factories.

Except these factories produce eggs, and meat, and grains and fruits and vegetables.

Because the economies of scale have a dark side, that is risk of infection and disease among plants and animals crammed into small spaces.  Because these so-called improvements – including genetically modified seed which poisons the very earth in which these crops are grown, because these new methods force farmers to grow genetically modified corn, and soy beans, and sugar beets in huge monoculture crops that risk famine in much the same way the Irish faced famine in the middle of the nineteenth century when all they grew was potatoes.  Because these new draconian methods, designed to fatten animals quicker by cramming them into feed lots and forcing them to stand in their own excrement and eat corn in an eerie, always lighted, often flooded with music to keep them going at the trough.

Because all of these changes have taken place, the unintended consequence has been that mankind has grown fat and sick alongside the animals, with nearly two thirds of Americans now being overweight, and half of those obese.

What is the answer? Should we all become vegans?

No. Mankind is meant to be an omnivore. We should simply reject factory farmed foods. Period.  The consumer drives this train, and if we demand better foods we’ll get it.

I order grass fed beef from a Texas cattle operation. I grow vegetables in the back yard.  I only buy organic eggs and milk and dairy products at the store. I select raw milk cheeses whenever possible.

If you expect to live and to be healthy, you have to take charge of your health and your life and it begins with every bite of food you put into your mouth.

Just say NO to factory farmed foods, for yourself, for your children, for your friends and family. Be rigorous. You will be rewarded.

There is a crack in the door and light is flooding in now. Just take charge of your own health by making better decisions and you’ll be rewarded with better health and normal weight.