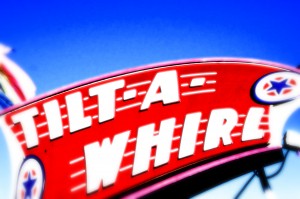 Since we testified before the USDA early in the summer,  expressing our concerns and dismay at the proposed food pyramid,  many other scientists and physicians have joined the protest.  Here’s a report that’s worth reading. The industrial food complex is going TILT.  and not a moment too soon. Our health and future depends on it.  Dr. S. and El.

The Dietary Guidelines are the basis for the USDA Food Pyramid, and serve as the foundation for nutritional information for Americans. The Guidelines also strongly influence nutrition education, research funding, governmental meal programs including school lunches, as well as providing direction for the food industry, regulatory agencies, consumer advocates, and the media. They have been largely immune from criticism, perhaps a result of their wide application.

The DGAC Report places the blame for many of America’s chronic health problems on the inability of people to follow previous Dietary Guidelines, which have changed very little since the first version was released in 1977.

In suggesting the need for an entirely new process, Richard David Feinman, Professor of Cell Biology at SUNY Downstate Medical Center said, “The previous Guidelines have not worked well. It is simply unreasonable to ask the DGAC to audit its own work. An external panel of scientists with no direct ties to nutritional policy would be able to do a more impartial evaluation of the data. This would be far better for everyone.”

– A special article published today in the journal Nutrition sharply criticizes the recent Report of the 2010 Dietary Guidelines Advisory Committee (DGAC). Authors Hite et al. argue the Report fails to conform to the standards of evidence-based medicine, despite its claimed reliance on a newly created USDA Nutrition Evidence Library. The authors call the DGAC to task for failing to consider recent scientific results while at the same time further confusing the American public. et al. explain that, in fact, nutrient consumption in the past thirty years has consistently moved in the direction of the Guidelines’ recommendations for carbohydrate and fat, while calorie consumption has stayed within suggested ranges. At the same time, the rates of obesity and Type 2 Diabetes have skyrocketed. Nutrition, Volume 26, Issue 10 (October 2010) published by Elsevier. DOI: 10.1016/j.nut.2010.08.012.

The journal Nutrition presents advances in nutrition research and science, informs its readers on new and advancing technologies and new data in clinical nutrition practice, encourages the application of the techniques of outcomes research and meta-analyses to problems in patient-related nutrition; and seeks to help clarify and set the research, policy and practice agenda for nutrition science to enhance human well-being in the years ahead.

Elsevier is a world-leading publisher of scientific, technical and medical information products and services. The company works in partnership with the global science and health communities to publish more than 2,000 journals, including The Lancet and Cell, and close to 20,000 book titles, including major reference works from Mosby and Saunders. Elsevier’s online solutions include SciVerse for more information, call Kimberly Harke, cell (703) 675-5557