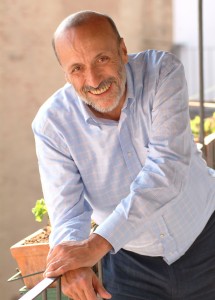 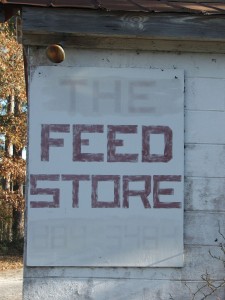 On a golden, dappled-sun Sunday afternoon in October, Slow Food’s founder Carlo Petrini spoke to an ampitheatre full of foodies. By foodies, I mean old hippies, professors, farmers, restaurant operators, and journalists. That was about half the crowd, the other half, whom Petrini had come to see were Princeton students.

Petrini began his quest for good food in the mid eighties when McDonald’s attempted to put a McDonald’s hamburger joint in his hometown in Italy.

Now, I ask you. What was McDonald’s thinking? Not only are Italians bound to tradition, and ceremony, and strict values, they are as stubborn as army mules. The very idea that they thought they could plop down one of their slimy faux food places in his little piece of Italian heaven, the Spanish Steps in Rome, did not go down well.

And, as we have seen, the power of an idea, the quest of one man, the fire and passion of a movement, has changed the way the world sees food and promises to save our world from itself. As well as from the McDonald’s of the world.

How did Petrini do this? In 1977, he began contributing culinary articles to communist daily newspapers il manifesto and l’Unità.

Today, he is an editor of multiple publications at the publishing house Slow Food Editore and writes several weekly columns for La Stampa. He was one of Time Magazine’s heroes of 2004. In 2004, he founded the University of Gastronomic Sciences, a school intended to bridge the gap between agriculture and gastronomy.

So what did he have to say at Princeton? He exhorted the students to become farmers, pointing out that fewer than 1% of Americans are engaged in farming now, as opposed to a number approaching 30% 50 years ago. When he asked for a show of hands, two went up.

Petrini pointed out that eating is an agricultural act. And it is his firm belief that unless people get reconnected to their food, to the earth, and to the process of making food, the entire universe is doomed.

He understood, he said, that students today have a deeper understanding and sense of responsibility to culinary and biodiversity than they did 20 years ago.

He went on to say, that Michelle Obama (who has just been named one of the top 100 game changers in America this year by Huffington Post, for her work in food) got her start when she was a student at Princeton which has had a large organic garden for years.

Petrini believes (and we certainly agree) that the current food system is responsible for the current food crisis.  And that we must change the system on a global level to effect any meaningful change.

Not only has factory farming depleted the soil, and ruined the quality of food grown there, it has caused us to lose biodiversity.

The loss of biodiversity depends on a loss of variety in both animal breeds and plant varieties based on market demand.

In our current system, only price matters. But we have lost the perspective to understand the difference in value and price.

Petrini concluded that we must change and we must change quickly. He pointed out that Rome fell, their empire collapsed, and all was lost because they couldn’t grasp a vision for the future.

You will be energized as we are here at The Silver Cloud Diet. It’s nice to see someone who agrees with us and carries the flag. Thank you Mr. Petrini.