Dr. Wm. H. Douglas, in his great “Daily Dose” newsletter, reveals the hidden additive in every drink of bottled water, whether its “organic”, “pure”, “flavored”, or “spring”. If its put up in a plastic bottle, you may be getting as much as 8 times the estrogen you should have every day. Did anyone say breast cancer? Or colon? Or prostate? Not to even mention how estrogen can interfere with weight loss. 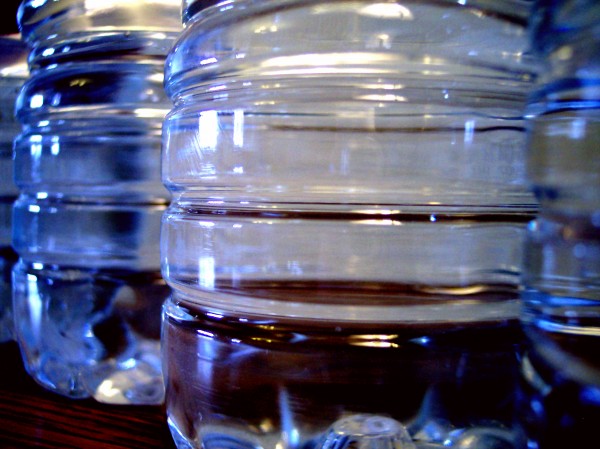 BPA levels higher than anyone thought

It’s like a “Girls Gone Wild” party running through your veins, because a new study finds that there’s far more bisphenol A running wild inside you right now than anyone had ever guessed.

In fact, researchers say you probably have roughly eight times the levels considered “safe” by the feds in your bloodstream — but even that number is a wild underestimate, since there is no safe level of BPA.

BPA, as you probably know by now, is an estrogen-like chemical used in plastic containers and can linings that delivers a massive kick to your endocrine system. It’s been linked to obesity, early puberty, cardiovascular problems, diabetes and more.

Using a badly flawed study from 2002, the chemical industry has claimed that 99 percent of BPA is filtered by the liver and forced out of the body in urine in just a few hours.

It’s a nice thought… but it’s pure fantasy, and the new study in Environmental Health Perspectives puts this one to bed for good.

They found that the liver literally does a piss-poor job of filtering out the BPA, because only some of it escapes through the urine. The rest gets a free pass into your bloodstream.

And in case you’re wondering, mice, monkeys and people all clear BPA at the same rate.

Extrapolating their numbers to humans, the researchers say most of us are exposed to at least 400 micrograms of BPA per kilogram of bodyweight each day — eight times the 50 micrograms per kilogram that the EPA considers “safe.”

But don’t kid yourself here — the feds have been wrong on BPA from day one, and continue to be wrong with each day that passes.

It’s unsafe at any level, and the only way to protect yourself and your family is to enforce your own ban on all cans and plastic containers.