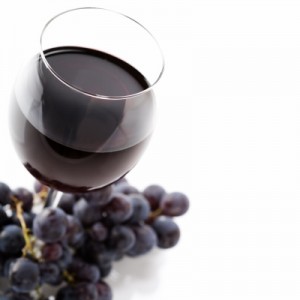 The powerful anti-aging benefits of resveratrol have long been studied.  Sustaining the flickering hope that human aging might somehow be decelerated, researchers have found they can substantially extend the average life span of obese mice with a specially designed drug that mimics the effects of  resveratrol.

On August 18, 2011, The New York Times reported that scientists have tested an experimental drug, called SRT-1790, on obese mice and found that their lives are extended by 44%! That is a pretty big effect, of course.  The drug mimics resveratrol, a red wine component, that has powerful antioxidant and anti-aging properties as well as numerous health benefits.  Both resveratrol and SRT-170 exert their effects by activating sirtuins, a group of proteins involved in the regulation of several biochemical pathways, that have been implicated in diseases such as Alzheimer’s and diabetes. Sirtuins are of great interest to research in the field of aging. Sirtuins are activated by low calorie diets and that’s the reason these diets result in an increased life span. The drug reduced the amount of fat in the liver of the obese mice and increased their insulin sensitivity. The effects of SRT-1790 on the life span of non-obese mice are still not know, because lean mice live longer than obese mice and the arm of the study using lean mice has not been completed yet. The effect seen in obese mice raises the possibility that the drug can be useful to treat obese human beings and help prolong life.

Why the need to develop a drug that mimics the effects of resveratrol?  Since resveratrol is an all-natural substance, the big pharmaceutical companies cannot patent it.  Without a patent, there is no money to be made.  This explains why researchers are eager to produce a drug that mimics the effects of the powerful antioxidant.  There is no need to wait, however, for SRT-1790 to be developed.  You can reap all of the health benefits without a prescription or side effects of a drug.