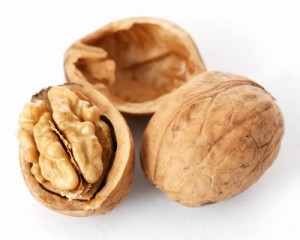 For the first time, scientists report a link between eating nuts and higher levels of serotonin in the bodies of patients with metabolic syndrome, who are at high risk for heart disease. Serotonin is a substance that helps transmit nerve signals and decreases feelings of hunger, makes people feel happier and improves heart health. It took only one ounce of mixed nuts (raw unpeeled walnuts, almonds and hazelnuts) a day to produce the good effects. The report appears in ACS’ Journal of Proteome Research.

Cristina Andrés-Lacueva and colleagues from the Biomarkers & NutriMetabolomics beneResearch Group of the University of Barcelona in collaboration with the Human Nutrition Unit of the Rovira i Virgili University explain that the rise in obesity around the world means more and more patients have MetS. Symptoms include excess abdominal fat, high blood sugar and high blood pressure, which increase the risk of developing type 2 diabetes and heart disease. Dietary changes may help patients shed the excess weight and become healthier, among the changes, the regular consumption of nuts — which are jam-packed with healthful nutrients, such as healthy fats (unsaturated fatty acids) and antioxidants (polyphenols) — have been recommended to fight the metabolic abnormalities associated with MetS. To check the biochemical effects of nut consumption, the researchers put 22 MetS patients on a nut-enriched diet for 12 weeks and compared them to another group of 20 patients who were told to avoid nuts.

The scientists analyzed the broad spectrum of compounds excreted in the patients’ urine and found evidence of several healthful changes. One surprise was evidence that nut consumption had boosted patients’ levels of serotonin metabolites in urine, since these findings suggest the role of serotonin in the beneficial effects of nuts. They point out that the study provides the first evidence in humans of the beneficial effects of nut consumption in reducing levels of substances in the body associated with inflammation and other cardiovascular risk factors in patients with metabolic syndrome.