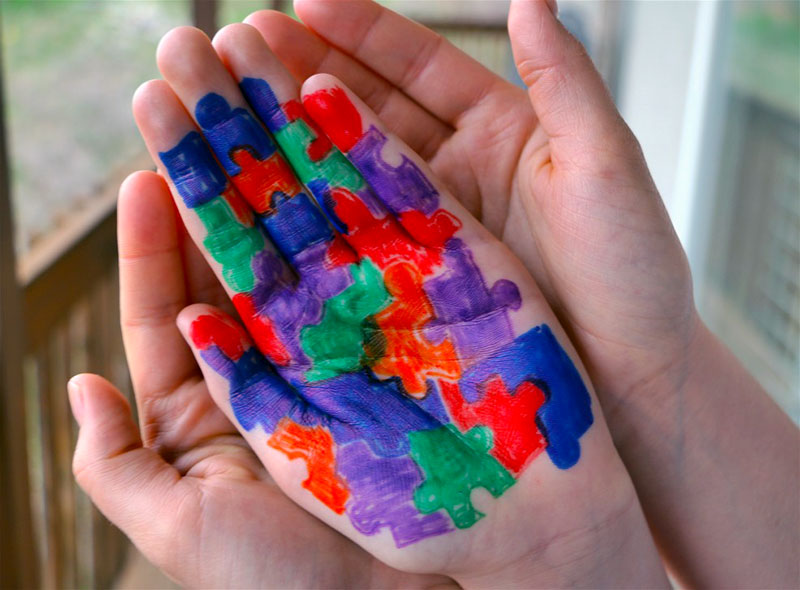 Considered to be a lifelong condition, Autism Spectrum Disorder, or ASD, is a complex neurological and developmental condition that affects the brain, especially in the areas of communication and social interaction. The classic symptoms of autism include toe walking, avoidance of eye contact, social withdrawal, and not playing interactively with other children. Late speech, repetitive movements, self-abusive behavior, and unresponsiveness are other possible symptoms. While there are some commonalities, many of the symptoms of this disorder can vary widely among affected individuals, and no two are the same. Some individuals may be considered to have high-function autism, while others are considered low-function. Nonetheless, there are indicators that ASD is on the rise, as the Centers for Disease Control and Prevention estimate that 1 in every 59 American children has been identified with being on the spectrum. While the exact cause of autism is unknown since there is likely no single cause, there are lifestyle changes for autism that can be implemented that can help manage this condition.

While there are varying degrees of autism, treating the whole person can help a person with ASD to cope no matter where they are on the spectrum. If you or a loved one is on the autism spectrum, learn more about the lifestyle changes for autism that can be made to help manage this disorder.

Melatonin to Help Improve Sleep– Melatonin is produced predominately in the pineal gland, but studies have implicated abnormalities in the circadian rhythm and melatonin production in individuals who are on the spectrum. Melatonin helps your body know when it’s time to sleep and when it’s time to wake up, but many with ASD have trouble falling asleep due to low levels of melatonin. While there’s no clear evidence, taking melatonin supplements may help those with autism fall asleep faster. Also, stay away from using electronic devices at night since the blue light that is emitted by televisions, cell phones, tablets, and computers can further suppress the production of melatonin.

Improve Gut Health– Research has confirmed that there is a gut-brain connection in autism since it was discovered that the same gene mutations that are found both in the gut and in the brain could be the cause. Up to 90% of people with ASD suffer from gut problems, which can significantly impact their life. Their gut health can become unbalanced, especially since many have dietary restrictions. However, taking probiotics has had positive effects for many with this disorder. Studies have shown that behavior and mood are linked to the gut microbiome, so taking probiotics might help ease autism symptoms.

Avoid Chemicals– Chemicals may be absorbed through the bloodstream and into the brain, which can adversely affect a person with autism. People who are on the autism spectrum are very sensitive to their environment, primarily via their digestive tract. Because of this, a person with autism should avoid eating unhealthy, processed foods. The avoidance of artificial additives is crucial, and this includes artificial sweeteners, colors, and preservatives. Additionally, preventing exposure to environmental toxins such as mold, heavy metals, herbicides, and pesticides is also necessary as they are suspected to be a potential cause of autism.

Learn Which Foods to Avoid– A person with ASD needs to watch what they eat, and a part of this is knowing which foods to avoid. A person on the autism spectrum should remove dairy from their diet as it is considered to be a highly inflammatory food, and inflammation is associated with autism. Gluten, which is found in barley, wheat, and rye, should also be avoided since it may also increase inflammation and magnify the symptoms of autism. Many patients also have success when they remove sugar, soy, and corn from their diet. Instead, a person with autism should have their diet focus on whole foods such as fish, unsaturated fats, lean poultry, and fresh fruits and vegetables. Following a low-carbohydrate diet to help keep blood sugar levels balanced and improve symptoms is also suggested for those with ASD.

Seek Guidance– Every person on the autism spectrum is different, but having the right tools and support on hand can make all the difference, so don’t hesitate to ask for help. While altering diet can prove to be useful, it is crucial to ensure that any nutritional deficiencies are being addressed, especially since those on the spectrum often follow a restrictive diet. If you live in the NY metro area, contact us today at The Salerno Center. At The Salerno Center for Complementary Medicine, we are prepared to come up with a comprehensive, individualized autism treatment plan that is designed around the patient’s unique needs.