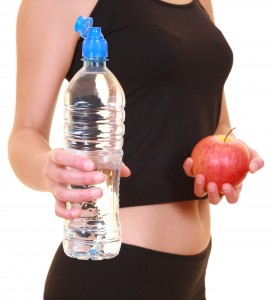 Once In a While: The Politicians Get It Right: The Sin Tax Proposal on Sugar

Those of you who, like me, live in the greater New York area, have been feted by an ad on television that really makes me laugh. An earnest mother, standing in her kitchen, unpacking the groceries, worried that the proposed sales tax on soda pop, sugary drinks, etc. is about to make her grocery bill go up.

“That’s serious money,” she says, about the proposed tax by New York’s beleaguered Governor Patterson on sugary drinks. She then exhorts the governor to mind his own business and stay out of her grocery budget, because she is, as she says ever so earnestly, trying hard to make ends meet and it isn’t easy…

I find myself wanting to scream into the television. “Stop buying this crap, Madam. You’ll save not only money but you’ll make your family healthier if you take all this junk juice off your grocery list forever. Just drink water. And send an apple in the kid’s lunch box instead of sugary drinks.”

Governor Patterson, who is criticized for everything, has gotten this one right. He wants to put a sort of sin tax on soda pop, the way the taxes on tobacco and alcohol were instituted. And why not?  Nobody needs this stuff. Maybe a tax will discourage people from using sugar.

The facts are that the use of sugar in this country has exploded in the last twenty years and a lot of that sugar goes into sodas, sports drinks, flavored waters, bottled teas and so forth. One famous infant formula now advertises a toddler formula that comes in “chocolate milk” flavor. Start ‘em young. Get ‘em on the sugar bandwagon before they’re even off the bottle. Way to go.

All of this usage adds up to poor health, overweight and obesity. And the resulting health disasters are everywhere in plain sight. Overweight children, often holding the hand of an obese parent. So sad. That parent is paving the way to a shorter life span for him/herself and the children.

We, here at The Silver Cloud, say avoid sugar in all forms. Think of it like cocaine.  A deadly and addicting substance that will surely impact your health in a negative way.

We applaud Governor Patterson and the State of New York for bearing the standard for good health.