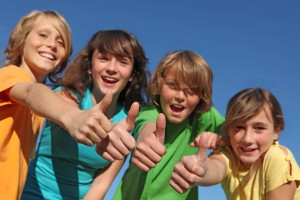 Jeff Deasy takes a stand in American Feast against genetically modified sugar.  So should you.
Keep Genetically Modified Sugar out of the Food Supply, especially for kids

Last year American Feast joined over 70 food companies and retailers on vowing not to use or sell food that contained genetically modified (GM) beet sugar. They share the belief that there has been insufficient study of the long term effects of genetically modified crops on human health and the environment.

The 70 companies signed the Non-GM Beet Sugar Registry, sponsored by a dozen food safety and environmental organizations. Now the Center for Food Safety, a nonprofit advocacy group, is calling for food giants Hershey and Mars to sign the registry.

Food Navigator has quoted Jeffrey Smith, director of the Institute for Responsible Technology, “We need to avoid the all-too-common situation of finding out a product is harmful after it has been approved and widely distributed. Requiring that GM foods be labeled is the only protection consumers have if they want to avoid eating GM foods.”

Tom Stearns, president of High Mowing Organic Seeds, told Food Navigator, “Overseas markets have already rejected other GM products, so the economic future of many of our nation’s farmers is being needlessly risked.”

In May of 2009, the American Academy of Environmental Medicine called on “Physicians to educate their patients, the medical community, and the public to avoid GM (genetically modified) foods when possible and provide educational materials concerning GM foods and health risks.”

As for the claim that GM foods are needed to feed a hungry world, Doug Gurian-Sherman, a senior scientist in the Union of Concerned Scientists Food and Environment Program has concluded “…that GE (genetic engineering) has done little to increase overall crop yields.” And a major study conducted at the University of Kansas has found that the controversial technology actually reduces crop yields.

To support the effort by the Center for Food Safety to get Hershey and Mars to refrain from using GM sugar, go to: Tell Mars and Hershey’s to sign the Non-GM Beet Sugar Registry