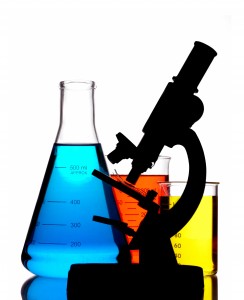 You remember the old joke. What does that taste like?  Tastes like chicken. I can’t tell you how many wild food stuffs are considered thusly: alligator, armadillo, frog legs. But please. I guess it took a team of well-stuffed scientists in a lab bloated with dollars from big agri – biz to come up with this one.

I am not making this up. A team of scientists at the University of Missouri, who claim to have worked on this project for more than ten years, I swear – I am not making this up – that they have invented a soy product that not only has the flavor of chicken, but the mouth feel of chicken too. You know, breaks up like chicken in your mouth, not too hard, not too soft, but just like real flesh. Now isn’t that a comfort to you? Pull this rubbery goo apart, and a few strands hang loose. So the vegetarians are all atwitter.

In fact they haven’t been this excited since the fabled Tofurky of the Sixties, which was a shapeless blob of tofu shaped like some giant tumor on the Thanksgiving table, but seasoned with sage and stuff to make it taste like real turkey.

Now, I don’t know about you, but I am crying fowl. If you want chicken, for heaven’s sake,  get yourself to a good quality market and buy an organic, free range chicken. It tastes good. It’s good for you. And it does not have any of the health disaster possibilities you’re gonna get from the faux bird.

Ever consider the amount of carbohydrate in soy products? Most of them except soy sauce?  Almost pure carbohydrate and bound to pack on the pounds and send your blood sugars to the moon.

Plus, soy grown in the U.S. is mostly from genetically modified seed. And it’s so new we hardly know what it will do to human beings when put into our own food chain. But we do have a pretty good controlled study going on.

The state penitentiary system in Illinois, under the wise leadership of the infamous Mr. Blogoivich, in partnership with a giant agricbusiness, began substituting fake soy meat for the real thing to prisoners. The results were almost instantaneous. Gastric distress, esophogeal problems up to and including cancer, a lowered sexual capacity for male prisoners due to the estrogen in soy (one thing a warden loves most is to tamp down the libido of caged men), and other adorable side effects.

The result is that the state of Illinois has been sued by the Weston A Price Foundation for cruel and inhuman treatment to prisoners. Now you may not think this has much to do with you or your children, but think again. They have big plans to move these products into school lunch programs. So, when the U. of Missouri comes calling to your public school lunch program wanting to sell them the fake chicken, just tell them no thank you.

We like our chicken and our eggs. Better flavor. Better nutrition. Just plain better.