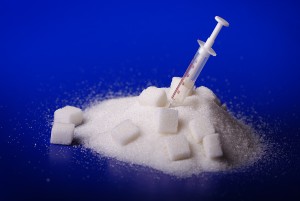 Yesterday, July 8, 2010, I attended a hearing at the department of agriculture in Washington, DC where citizens were asked to provide input to the new food pyramid. Of course, the usual industry flaks were there, each one saying their particular commodity was totally necessary for a healthy diet. But the most interesting of the 50 speakers were the citizens, unpaid by any special interest group, to come and address their concerns.

I am Nutrition and Public Health student who has been following the development of the 2010 Guidelines with tremendous interest, wondering how the Committee would implement all of the emerging science in my field of study.  However, as I looked at the proposed guidelines and the Evidence Library, it became very clear to me that these guidelines are not about science; they are about politics.  Maybe I’m being naïve, but I was truly upset to see nutritional science so blatantly misrepresented, and I am disappointed that the Committee did not seize this opportunity to make a real difference in the health of Americans.

Instead, the USDA, through its proposed Dietary Guidelines, continues to send mixed messages about what healthy food really is—messages that support the food industry, rather than the health of the American public.

While the Committee pays lip-service to evidence-based recommendations, it continues to disregard science that does not endorse a diet based on highly processed grain, cereal, and dairy products.

The strain of trying to appease the food industry and address the obesity problem at the same time shows in the self-contradictions inherent in the Committee’s recommendations.  The Committee’s advice that Americans should adopt a “plant-based” diet is disingenuous at best.  The American diet is already “plant-based”—those plants are corn, wheat, and soy, the USDA’s top 3 commodity crops, plants that are low in nutrition and barely edible unless they are transformed by chemicals, additives, and preservatives into products that proudly bear the labels “whole grain” and “low fat” that the food industry can then pass off as “healthy” food choices.

The Institute of Medicine’s 2005 Macronutrient Report states: “Compared to higher fat diets, low fat, high carbohydrate diets may modify the metabolic profile in ways that are considered to be unfavorable with respect to chronic diseases such as coronary heart disease and diabetes.”  (DRI, Ch. 8, 437).  That means that the diet low in fat and high in cereal and grain carbohydrates that the Committee is recommending is a diet that creates a metabolic picture that leads to heart disease and diabetes.

It’s time for the Committee to stop expecting the American public to make sense of the claims on food product labels, and start recommending that Americans base their diet on whole foods that do not require a label in the first place.

The effect of the past few decades of low-fat, whole grain food product advice is readily apparent.  Our outdated Food Pyramid, bottom heavy with processed foods, is supposed to illustrate a “balanced” diet.  But let’s face it, there’s nothing balanced about a pyramid.  Wide at the bottom and shrunken at the top, Americans have taken on its shape by following its advice.  It’s time to dismantle that structure and rebuild it with solid science and real food.

If you’d like to review all the testimony, go to www.dietaryguidelines.gov.  You can read all 50 oral testimonies as well as many written ones.  If you would like to submit your own testimony, follow the directions at the government website.  The deadline is July 9.  I urge you to do your duty as a citizen and submit your suggestions.