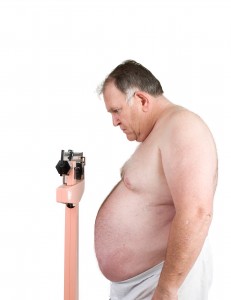 According to just-released figures from the Centers for Disease Control and Prevention 2.4 million more Americans became obese between 2007 and 2009. Approximately 26.7 percent of the U.S. adult population, or 72.5 million people, are now obese. Experts at the American Institute for Cancer Research (AICR) said that this increase may result in a corresponding increase in the national cancer rate in years to come.

AICR estimates that excess body fat causes about 103,600 cases of cancer in the United States every year. AICR warns that as the percentage of the population who are obese continues to increase, this number will rise.

The 103,600 estimate was calculated by combining projected cancer incidence for 2010 with data on the prevalence of obesity and its impact on cancer risk found in the AICR/WCRF report, Policy and Action for Cancer Prevention, released last year. That report estimated the percentage of various kinds of cancer that are attributable to such risk factors as poor diet, lack of physical activity and excess body fat.

According to AICR, the estimated number of U.S. cancers that are currently linked to excess body fat include:

“It’s clearer than ever that efforts to prevent obesity also help to prevent cancer,” Higginbotham said. “The need for action has never been more urgent.”