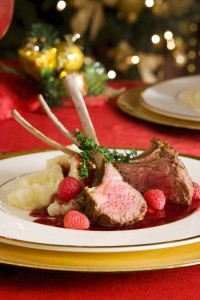 When you begin to ask yourself why you should go on The Silver Cloud Diet with its emphasis on grass-fed and wild-caught animal protein and naturals fats, consider this.  You may be doing a lot to protect yourself for the marathon that is your life.

Studies have shown that the seeds for Alzheimer’s are planted decades before the disease reveals itself, and once the symptoms appear, some work has been done to help abate those symptoms, but it’s better to start as early as you can to avoid the deadly curses of old age: dementia and Alzheimer’s.

Even your children should establish eating habits to protect themselves.  We know that metabolic syndrome is a slippery slope to Alzheimer’s,  but there are other, more obvious, and more simple strategies you can adopt to maintain optimum health into your eighth or even ninth decade, apart and aside from keeping your weight normal.

Vitamin B12 has been shown to lower your risk of Alzheimer’s. And where can this be found?  The best source is red meat.  Yes, you heard me, that rare steak, a slice of roast beef, liver from chicken or veal or pork, as well as fish, shellfish, poultry, eggs, and dairy products.

The list becomes obvious by what it doesn’t include and that’s the diet of the vegan.  If you’re planning to pursue a vegan lifestyle,  you’re going to have to work at it to get enough supplemental vitamin B12 for optimum health.

But what does B12 have to do with Alzheimer’s?  Plenty. It has been shown that B12 can boost your mood, fight depression, improve your memory and keep your heart strong.

And what does a deficiency in B12 cause? Short of full-blown dementia, clinical symptoms include anemia with bone marrow promegaloblastosis, gastrointestinal symptoms and neurological symptoms.

Among the neurological symptoms are impaired perception of deep touch, pressure and vibration, the abolishment of sense of touch, ataxia, a decrease of deep muscle-tendon reflexes, and pathological reflexes including Babinski, Rossolimo, and others.

So how much red meat do you need to eat to get enough vitamin B12? A 3-ounce serving is plenty, and try to eat that steak rare for maximum benefit.

What interferes with B12 absorption?

Vitamin B12 is a water soluble vitamin and must be replenished in the body daily.