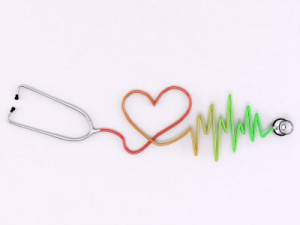 Great news! There is more solid scientific evidence showing that a low-carb, higher-fat diet like the Silver Cloud Diet can help you lose weight, and that the increased fat consumption does not have a negative effect on your heart health.

In a new study by researchers from Johns Hopkins, presented at the American College of Sports Medicine conference in Denver on June 3rd,  23 overweight men and women followed a six-month weight-loss program consisting of moderate aerobic exercise and lifting weights, plus a diet made up of no more than 30 percent of calories from carbs, with 40 percent of the diet coming from fat in the form of meat, dairy products and nuts. After dropping 10 pounds in about 45 days, this group showed no change in two key measures of heart health: finger tip test of how fast the inner vessel lining in the arteries in the lower arm relaxes after blood flow has been constrained and then restored (flow mediated dilation of the brachial artery), and an analysis of arterial stiffness.

An equal number of study participants were assigned to a low-fat diet (30 percent fat and 55 percent carbs), and while their heart health also remained stable, it took them nearly a month longer than the low-carb group to drop 10 pounds.

“Our study should help allay the concerns that many people who need to lose weight have about choosing a low-carb diet instead of a low-fat one, and provide re-assurance that both types of diet are effective at weight loss, and that a low-carb approach does not seem to pose any immediate threat to vascular health,” says the study’s lead investigator, exercise physiologist Kerry Stewart, Ed.D. “More people should be considering a low-carb diet as a good option,” he adds.

The findings from this study were obtained within three months, and the authors stated the effects of eating low-carb, higher-fat diets versus low-fat, high-carb options over a longer period of time remain unknown. With that being said, Stewart admits that an overemphasis on low-fat diets has likely contributed to the obesity epidemic in the United States by encouraging an over-consumption of foods high in carbohydrates. High-carb foods are, in general, less filling, and people tend to get carried away with how much low-fat food they can eat. Many of you know this from personal experience, and it goes to show that for many, low carb may be the way to go.

This is not the first direct comparison on the effects of either kind of diet on the effects of vascular health: In an earlier study (Volek, J. et al., “Effects of Dietary Carbohydrate Restriction Versus Low-Fat Diet on Flow-Mediated Dilation,” Metab. Clin. Exp. 58 (2009) 1769-1777.), 40 overweight men and women with moderate heart disease were put on a low-carb diet (less than 15 percent carbs, as compared to 30 percent carbs from this latest study). After 12 weeks, they lost weight, and vascular function actually improved compared to the participants following a low-fat diet.

In summary, the Johns Hopkins researchers have concluded what we already knew: for those looking to lose weight a low-carb, high-fat diet is a safe and effective choice.