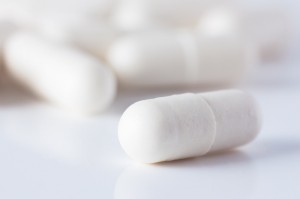 The deadly E. coli outbreak in Europe linked to tainted cucumbers and other vegetables is getting worse.  As of June 1, seventeen people are dead and over 1,500 are sick with a particularly deadly strain of the bacteria.  Medical authorities are uncertain why the unusual strain appears to be causing so many cases of hemolytic uremic syndrome, which attacks the kidneys and can cause seizures, strokes and comas.

Numerous research shows that the regular use of a Probiotic supplement can help to prevent and treat certain illnesses such as those from bacterial pathogens, including E. Coli.  Probiotics are living micro-organisms (in most cases, bacteria) that are similar to beneficial micro-organisms found in the human gut. They are also called “friendly bacteria” or “good bacteria.”

Over the years, there has been a dramatic reduction in the consumption of fermented foods, which has led to the developing mucosal immune system being exposed to different microflora and fewer pathogens than in paleolithic times. The modern diet and over hygienic conditions may have altered the development of the mucosal immune system, creating a vulnerability to intestinal infections, hypersensitivity disorders and inflammatory bowel disease. Lactobacilli and bifidobacteria, in general, are the bacteria most associated with probiotic activity. There are other nonpathogenic organisms, such as certain strains of Escherichia coli and Saccharomyces boulardii, which are also used in Probiotic supplements.

Probiotics have their therapeutic effect, in part, by their ability to attach to enterocytes. Probiotics may produce lactic acid, bacteriocins and antimicrobial peptides, which are active against pathogens. Probiotics inhibit bacterial pathogens, which include E. coli, Streptococcus, Clostridium, Bacteroides and Salmonella. They also produce mucosal micronutrients, eliminate toxins and reduce fecal ammonia, which can be toxic to the intestinal mucosa. Probiotics have been shown to be effective in treating infective diarrheas due to rotavirus or Clostridium difficile. In Crohn’s disease, a preliminary trial with lactobacillus was found to be safe and reduce the need for corticosteroids in the majority of patients. Probiotics may also play a role in the prevention of colon cancer by reducing the conversion of procarcinogens to carcinogens.

Dr. Salerno’s recommends his Probiotic Factor for natural support in maintaining healthy flora balance in the gastrointestinal tract.  Probiotic Factor contains Saccharomyces Boulardii, which adheres to pathogens such as E.coli and Clostridium difficile to immobilize or excrete them. S. boulardii is unique non-binding beneficial yeast that does not adhere to the intestinal wall and is able to survive the gastric acidity and provides competitive growth inhibition.  The potent formula also contains Bifidobacterium and Lactobacillus, which are known to adhere to the intestinal epithelial cells providing a natural barrier and reducing pathogens’ adhesion ability. They are also known to increase immune function and to act as natural antibiotics to kill undesirable microbes.