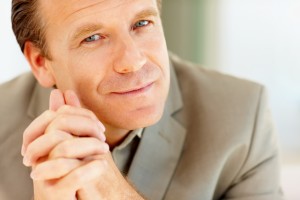 Prostate cancer is the most common and the second most fatal malignancy among men and given that all treatment options available today can adversely affect quality of life, the discovery of new dietary interventions for this disease has the potential to have a major impact on morbidity and mortality.  Numerous research studies show that there is a role for a low-carbohydrate, high-fat diet, like The Silver Cloud Diet, in the management of prostate cancer.

The journal Cancer Prevention Research details a study conducted at the Duke University Prostate Center. The aim of the research was to determine whether the level of dietary carbohydrates could influence the rate of prostate cancer growth in rats with PC. In order to test this hypothesis, scientists from Duke University separated test mice into three dietary groups. Group A was fed a very high fat diet with no carbohydrates (known as a “ketogenic diet”). Group B was given a low-fat, high carbohydrate diet. Group C was administered a “standard Western diet” which is high in fat and moderate in carbohydrates. None of the three diets were specifically intended to promote weight loss.

Several key findings were established after the conclusion of the trial. These observations are based on a comparison between the carbohydrate-free diet and the carbohydrate-rich diets. Several markers associated with PC risk were reduced in the low-carb mice. These changes appear to indicate a reduction in inflammation, a decrease in insulin resistance and an improvement in the ability to destroy cancerous cells.  The mice fed the no-carbohydrate diet lived, on average, 40%-50% longer than those who consumed the larger amounts of carbs.  It was also noted that the carb-restricted mice had to eat more food in order to maintain their weight.  Dr. Stephen Freedland, the lead researcher of the study, points out that excess insulin may promote the growth of prostate cancer cells. The plentiful consumption of dietary carbohydrates instigates the production of insulin. Therefore, reducing carbohydrates in the diet may be an efficient means of slowing prostate tumor growth.

Another trial appeared in the Journal of the National Cancer Institute. It found that 40 mice with PC that were fed a high carbohydrate diet for 9 weeks demonstrated an increase in body weight, higher insulin levels and greater tumor size. Dr. Vasundara Venkateswaran, the principle scientist of that study suggests that “hyperinsulinemia” (high insulin production) is likely to be the culprit here. He commented that, “Our results provide support for the concept that diets associated with a reduction in insulin level may have benefits for prostate cancer patients, particularly for the subset of patients who are hyperinsulinemic”.

A study published in the journal Prostate further strengthens the case for high-fat, low-carb diets in the management of prostate cancer. In that trial, 75 mice were fed three separate diets that were virtually identical to the first study. All three groups of mice consumed an equal amount of calories, but the low-carb animals had tumors that were 1/3 the size of the higher carbohydrate mice. The ketogenic (high-fat, low-carb) mice lived the longest in comparison to the low fat and Western diet groups. There was also a significant amount of weight loss associated with carbohydrate restriction – up to 15% of total body weight.

In conclusion, the relationship between diet and cancer development and/or growth remains very complex, because it involves consideration of numerous factors.  However, given the direct association between adoption of a Western diet and prostate cancer incidence and mortality, it is difficult to imagine that diet does not play some role in prostate cancer development and/or growth. The absence of effective therapy for men with advanced disease suggests that treatments are desperately needed. Novel dietary approaches are particularly appealing in this regard because of their low toxicity and potential ease of application. In particular, a low-carb, high-fat diet may help to delay prostate cancer growth, because it can lower serum insulin and IGF-1 levels and decrease caloric intake.  Furthermore, as a low-carb, high-fat diet results in both greater weight loss and reductions in serum insulin levels and total caloric intake relative to low-fat diet, at least at 6 months when compliance is still high, a low-carb, high-fat diet may be a more effective dietary approach for prostate cancer management.