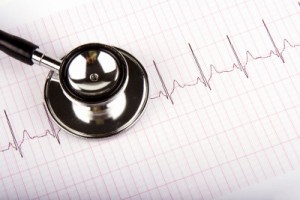 It is a fat-soluble vitamin-like substance present in every cell of the body and serves as a coenzyme for several of the key enzymatic steps in the production of energy within the cell. It also functions as an antioxidant which is important in its clinical effects. It is naturally present in small amounts in a wide variety of foods but is particularly high in organ meats such as heart, liver and kidney, as well as beef, sardines, mackerel, and peanuts. To put dietary CoQ10 intake into perspective, one pound of sardines, two pounds of beef, or two and one half pounds of peanuts, provide 30 mg of CoQ10. CoQ10 is also synthesized in all tissues and in healthy individuals normal levels are maintained both by CoQ10 intake and by the body’s synthesis of CoQ10. It has no known toxicity or side effects.

Here is an excerpt from an interview with Dr. Peter. Langsjoen on the study and their findings on the power of CoQ10 in the prevention and treatment of heart failure.

Can you tell us about your study and the basic results?

PL:   Our study was in essence, the initial pilot observation in seven desperately ill patients with end-stage heart failure who were continuing to decline despite maximal medical therapy including supplemental ubiquinone (450-900 mg/d). All of these patients had sub-therapeutic plasma CoQ10 levels (< 3.5 micro/ml) and all were changed to ubiquinol at an average of 580 mg/day of ubiquinol (450-900 mg/day) in the hopes that we could obtain some improvement. The results were surprising in the degree of improvement in measurements of heart muscle function as well as clinical status. Mean plasma CoQ10 levels increased from 1.6 microg/ml (0.9-2.0 microg/ml) up to 6.5 microg/ml (2.6-9.3 microg/ml). Mean ejection fractionimproved from 22% (10-35%) up to 39% (10-60%) and NYHA class improved from a mean of IV to a mean of II (I to III). Ubiquinol dramatically improved absorption in patients with severe heart failure and the improvement in plasma CoQ10 levels correlated with both clinical improvement and improvement in measurement of left ventricular function.

Why did you choose a dose range of 450 mg to 900 mg/d? Was it given with meals or away from meals? In a single dose or divided dose?

PL:   The dosage range from 450 mg to 900 mg per day was based in part on the desperate nature in some of these patients. The patient taking 900 mg per day was not very likely to survive much more than a few weeks. As always CoQ10 is better absorbed with meals and this has been our practice for many years. Also, CoQ10 blood levels are superior when it is given in divided dosages and normally we try to give CoQ10 three times daily with meals if at all possible.

Were levels of CoQ10 measured in these subjects? If so were they low in the heart failure patients? Did levels correlate with supplementation and disease progression?

PL:   Plasma CoQ10 levels were followed very closely in our patients (often monthly) and there is a very good correlation between plasma CoQ10 levels and heart failure. Patients with advanced heart failure rarely show any significant improvement in their clinical status unless plasma levels are greater than or equal to 3.5 μg/ml.

What is an optimal level of CoQ10 in the blood for heart failure prevention and reversal?

Were there any side effects with the CoQ10 therapy? How was the patient compliance?

PL:   In keeping with all of our prior experience with supplemental CoQ10, we observed no side effects and no drug interactions. Compliance with CoQ10 in patients who are critically ill is excellent.

Who is a candidate for CoQ10 therapy? All heart failure patients?

PL:   All heart failure patients are candidates for CoQ10 therapy.

How can the public or health professionals use this information?

Do you have any further comments on this very interesting subject?

PL:   Of the more than 20 controlled trials with CoQ10 and heart failure, the only three that failed to show significant improvement either did not measure CoQ10 level (one study) or had treatment plasma CoQ10 levels less than 2.5 μg/ml, which in our experience would not be effective. I would very much like to see a major institution perform a placebo-controlled trial in congestive heart failure using ubiquinol at a dosage of 200 mg twice daily with meals which would give treatment plasma CoQ10 levels greater than 3.5 μg/ml in over 90% of participants. This would very likely be a powerful and convincing study, which could greatly expand the use of CoQ10 in heart failure with a marked favorable impact on patient quality of life and longevity.

If CoQ10 is so effective in the treatment of heart failure, why is it not more generally used in this country?

PL:   The answer to this question is found in the fields of politics and marketing and not in the fields of science or medicine. The controversy surrounding CoQ10 likewise is political and economic as the previous 30 years of research on CoQ10 have been remarkably consistent and free of major controversy. Although it is not the first time that a fundamental and clinically important discovery has come about without the backing of a pharmaceutical company, it is the first such discovery to so radically alter how we as physicians must view disease. While the pharmaceutical industry does a good job at physician and patient education on their new products, the distributors of CoQ10 are not as effective at this. This education is very costly and can only be done with the reasonable expectation of patent protected profit. CoQ10 is not patentable. The discovery of CoQ10 was based primarily on support from the National Heart Institute of NIH (National Institute of Health) at the Institute for Enzyme Research, University of Wisconsin.

Dr. Salerno recommends his Daily Essentials Factor – a carefully formulated, multi-vitamin, multi-mineral formula that contains a high level of potent CoQ10 (200mg) plus 50 other important nutrients to aide in treatment and prevention of heart disease.

For a limited time receive 20% OFF Daily Essentials Factor by entering coupon code INTRO20 at checkout.

If you or someone you love is suffering from Heart Failure or Heart Disease, please call 212-582-1700 to schedule a consultation with Dr. Salerno.  Phone consultations are also available.