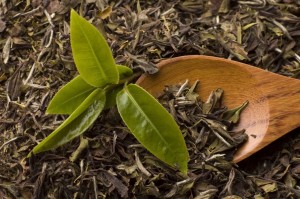 An article published in Obesity reports the finding of a team from Penn State University of a benefit for epigallocatechin-3-gallate (EGCG), a compound that occurs in green tea, in reducing weight gain in  a mouse model of obesity.

Joshua D. Lambert and his associates utilized a breed of mice susceptible to the development of diet-induced obesity, type 2 diabetes and atherosclerosis.  The mice were allowed to eat as much as they wanted of a high-fat diet, and half were supplemented with EGCG.  After six weeks, mice that received EGCG-enhanced diets were found to have gained weight 44% less rapidly than those tht did not receive the compound. The group that received EGCG also had a 29.4% increase in fecal lipids, indicating a reduction in fat absorption.  In an in vitro experiment, epigallocatechin-3-gallate (EGCG) was shown to inhibit the pancreas’ production of lipase, an enzyme that breaks down fat.

Important Note: The Green Tea Extract provided in Dr. Salerno’s Daily Essentials Factor provides more polyphenols than drinking the equivalent of three cups of green tea.  And green tea powdered extracts have been shown to absorb 60%-90% better into the bloodstream and to be far more bioavailable than drinking green tea itself.

Although the human equivalent of the amount of EGCG used in this study would be found in ten coups of green tea per day, Dr. Lambert remarked that, “Human data- and there is not a lot at this point – shows that tea drinkers who only consume one or more cups a day will see effects on body weight compared to nonconsumers.”

Other Green Tea Benefits Include:

Click here for more information or to order Dr. Salerno’s Daily Essentials Factor – a complete multi-vitamin, multi-mineral formulation of more than 50 important nutrients with high antioxidant levels, including potent Green Tea Extract, plus powerful botanicals, and other food factors, to normalize your weight, improve your health and extend your life.