So many studies have linked red meat consumption with higher cholesterol and other so-called markers for heart disease that people don’t stop to think about the basic problem with human studies. Humans are not lab rats whose every bite can be controlled. They also will lie about what they ate making studies that rely on their reports suspect.

People who eat red meat often eat it with potatoes, either fried, or baked. They usually eat the red meat as a part of a larger meal they may polish off with a piece of pie. The size of the meat serving may exceed 12 ounces, especially in a restaurant. They may have begun the meal with a mixed drink or two, or perhaps a beer.

In other words, studying man kind is a lot more complicated than studying mice in a cage where you can control what you feed them. So what was it that made the person get heart disease? Was it the steak, or the potatoes? Was it the fact that they probably ate enough calories for three meals, especially if they were eating out. How about that sugary mixed cocktail to begin, and the sugary dessert at the end? And don’t forget the study didn’t even ask the person about their physical activity. A mouse in a lab gets a wheel to run on. The man on the street just gets a computer terminal, perhaps a barcalounger and a whole lot of stress in his life. Sigh.

And you ask yourself why did the researcher choose to focus on the red meat for the conclusions he presents in his study?

Now that’s a difficult question. Researchers are human as the rest of us, and they have to pay the light bill too, so one of the first things researchers do is apply for grants to fund their research.

Now this sounds innocuous enough, but the blunt truth is that science often gets the answers it’s looking for based on its revenue sources. Was big pharma funding his 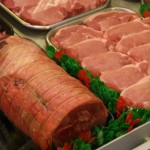 research? Did he get a grant from a source hell bent on turning us all into vegetarians?

So what can a mere mortal do, to make an informed decision? Eat 3 to 4 ounces of grass fed red meat at a meal. Avoid processed carbohydrates in the form of sugary drinks, desserts, breads, pasta, or god-help-you processed side dishes from the frozen food case.

If you choose a 4 ounce steak or chop, add a hearty big green salad with some tomatoes, and dress it with oil and vinegar. Choose a sugar free finish for the meal, like cheese or perhaps some berries with cream. You will be satisfied, and so will your heart.

And, by the way. If you choose grass fed, organic meats, you aren’t even contributing to green house gasses so much because cattle with their multiple stomachs, who are fattened in feed lots, forced to eat corn, which they can barely digest at all, will give off ghastly amounts of methane gas that simply doesn’t happen with grass fed cows, which are ruminants, whose digestive system was designed to digest grasses not grains. For a sustainable diet, choose locally grown grass fed meats.

And don’t even get me started on genetically modified corn and soy they feed to industrially grown meats in feed lots. That’s a subject for another day.

This is why you shouldn’t be a vegetarian in some misguided idea that you are saving the planet. Your body gets a lot of trace minerals, condensed nutriment and cell and muscle support from eating red meat.

Mankind has been an omnivore for eons and will continue to be so. Just work with your body and your body will work for you.
Yours in good health,