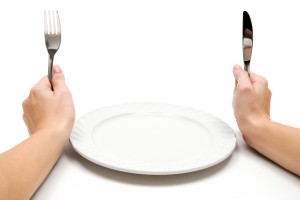 Has the Upscale Market Outlived Its Usefulness?

WASHINGTON, DC. February 3, 2010:  Whole Foods Markets has launched a nationwide “Health Starts Here” marketing scheme that endorses a low fat, vegetarian diet, with promises that the diet will “improve health easily and naturally.” The plan promotes the books and private business ventures of Joel Fuhrman, MD, and Rip Esselstyn, both of whom worked with Whole Foods to formulate the new guidelines. Customers now receive a pamphlet urging them to adopt a low fat, plant-based diet and to cut back or completely eliminate animal foods.  Many Whole Foods stores no longer sell books advocating consumption of meat, eggs and dairy products.

The plan will feature new Aggregate Nutrient Density Index (ANDI) labels for foods in the store; the index is designed to make plant foods to appear “nutrient dense” by favoring various phytonutrients in plants and ignoring many vitamins and minerals essential to health. “Whole Foods has stacked the deck against animal foods by choosing ANDI parameters that do not include a host of key nutrients, such as vitamins A, D and K, DHA, EPA arachidonic acid, taurine, iodine, biotin, pantothenic acid, and vital minerals like sodium, chloride, potassium, sulfur, phosphorus, copper, manganese, boron, molybdenum and chromium,” says Sally Fallon Morell, president of the Weston A. Price Foundation. “Many of the phytochemicals that Fuhrman includes in the index he developed for Whole Foods play no essential role in the body and may even be harmful.”

“Animal foods like meat, liver, butter, whole milk and eggs contain ten to one hundred times more vitamins and minerals than plant foods,” says Fallon Morell. “Plant foods add variety and interest to the human diet but in most circumstances do not qualify as ‘nutrient-dense’ foods.”

“Low fat vegetarian patients are my most unhealthy patients,” says John P. Salerno, MD, a board certified family physician from New York City. “The reason we, as a society, are spiraling into diabetes and obesity is because of the low fat concept developed by the U.S government decades ago. Low fat plant based diets have a low nutrient base, and phytonutrients in vegetables cannot be properly absorbed without fat.” See www.thesilverclouddiet.com.

“For years before becoming deathly ill, I followed the dietary suggestions in the Whole Foods plan,” said Kathryne Pirtle, author of Performance without Pain. “I ate large amounts of organic salads, vegetables and fruits, lots of whole grains, only a little meat and no animal fat. I had chronic pain for twenty-five years on this diet, then acid reflux, then a serious inflammation in my spine followed by chronic diarrhea. Without switching to nutrient-dense animal foods, including eggs, butter and whole dairy products, not only would I have lost my national career as a performing artist, I would have died at forty-five years old! I am not alone in this story of ill health from a lowfat, plant-based diet, which does not supply a person with enough nutrients to be healthy and can be very damaging to the intestinal tract.”

“Consumers can send a message about Whole Foods’ misinformed scheme by voting with their feet,” says Fallon Morell.  “Most major grocery store chains now carry basic organic staples and a larger array of organic fruits and vegetables than Whole Foods markets. And citizens should purchase seasonal produce  and their meat, eggs and dairy products directly from farmers engaged in non-toxic and grass-based farming. It’s not appropriate for Whole Foods to promote a scheme that has no scientific basis and that bulldozes their customers towards the higher profit items in their stores.” The local chapters of the Weston A. Price Foundation help consumers connect with farmers raising animal foods in humane, healthy and ecologically friendly fashion.

“The growing emphasis on plant-based diets deficient in animal protein also serves to promote soy foods as both meat and dairy substitutes,” says Kaayla T. Daniel, PhD, CCN, author of The Whole Soy Story: The Dark Side of America’s Favorite Health Food.   “Soy is not only one of the top eight allergens but has been linked in more than sixty years of studies to malnutrition, digestive distress, thyroid dysfunction, reproductive disorders including infertility, and even cancer, especially breast cancer.”

Fallon Morell cites recent studies from Europe showing that low fat diets promote weight gain in both children and adults, and also contribute to infertility. A meta-analysis published January, 2010 in the American Journal of Clinical Nutrition found no significant evidence that saturated fat consumption is associated with an increased risk of cardiovascular disease.

“Whole Foods CEO John Mackay has stated that eating animal fats amounts to an addiction. But in fact, animal fats are essential for good health,” says Fallon Morell. “The nutrients in animal fats, such as vitamins A, D and K, arachidonic acid, DHA, choline, cholesterol and saturated fat, are critical for brain function. In the misguided war against cholesterol and saturated fat, we have created an epidemic of learning disorders in the young and mental decline in the elderly.”

“Perhaps the vegetarian diet has affected the thinking powers of Whole Foods management,” says Fallon Morell. “It’s time for the stockholders to insist on leadership devoted to increasing customer base, not promoting a personal vegetarian agenda.”

Comments about the Whole Foods Health Starts Here scheme can be emailed to customer.questions@wholefoods.com.