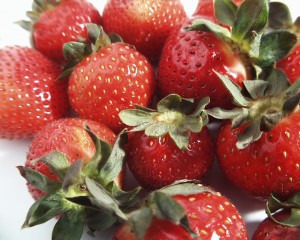 Ever since children died from eating tainted hamburgers at a fast food joint, the virulent pathogen known as E coli 0157:H7 has been tested for and regulated by USDA. However, there are six other strains of E coli which are equally deadly and are not regulated or tested by most food companies.

Although the US government is pondering whether or not to require testing for and banning of food products containing these strains,  there are things you can do to protect yourself and your family now.

Start buying bagged produce from Earth Bound Farms, the only organic producer we know of who tests for all strains of E coli. If you get a bag of Earth Bound Baby Spinach. It is free from E coli.  Secondly,  grow your own vegetables in the back yard, and thirdly is get to know the weaknesses of E coli as a pathogen.

If you’re eating out,  ask for olive oil and vinegar on the side and generously dress your salad with this. Olive oil kills E coli.

All E coli strains are killed by a temperature of 160 degrees Fahrenheit. This means, you should never order or eat a rare hamburger unless you know the meat came from one animal and was organic. Resist the urge to order steak tartare or rare burgers even in fine restaurants.

The most difficult feature of E coli is that it appears in raw vegetables and fruits that we eat. People have been killed and crippled by eating lettuces, spinach, strawberries and other salad ingredients.

What can you do about that? You could write your congressman, for openers. Ask other congress people to get behind New York’s Senator, Kirsten Gillibrand, in her effort to require meat packers to test for all E coli strains. “How many people do we have to see die or become seriously ill?”

But meats are more easily treated than raw vegetables. The vegetable producing industry needs to be reigned in.

People who operate farms where produce is hand picked (and that’s almost every single salad item you know) should be required by law to provide a hand washing station beside the portapotties in the field. Then, these operators should train and require all workers to wash their hands after using the bath room,  just the same as restaurant operators.

Why? Because the most common vector for transmission of E coli and other pathogens is what’s known as the oral-fecal route. Animals from hogs, to beef, to chickens, to human beings carry E coli in their gut. And the quickest way for that to be transmitted to the food is by food handlers.

Simple hygiene is still the best protection. Yes, produce fields that are down stream from huge animal operations may be infected with E coli by the water they use to irrigate the crops,  but that’s another story.

What you can do is remember if you make a salad using commercially raised salad ingredients, dress it with olive oil, which also kills E-coli. Practice safe habits in your kitchen. Do not cut salad and raw meat or chicken with the same knife or on the same board. Become a compulsive hand washer.

Simple practices can help to keep your family safe. Meanwhile, do write to your congressman and ask your congress person to get behind legislation that requires companies to test for all E coli strains and to ban products from the market that test positive for any E-coli. Ask your congress person push for stricter regulations on farm operators. Require hand washing stations for field workers. No row crops planted down stream from CAFOs.

Many cases of food poisoning go unreported. People think they have “the flu”, or “a hangover”, or some such, when in fact, they have been poisoned by the food they eat.

Here at The Silver Cloud, we’re all about eating clean, and being clean to maintain good health.