Here’s one more reason to avoid processed and prepared foods.  Laboratory studies show the damn packages are often toxic and can cause health problems that require significant intervention from a health professional. 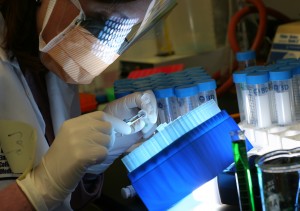 Any food in grease-resistant packaging
What do candy bars, microwave popcorn, and fast food have in common? Besides being full of chemicals, transfats, sugars, and carbohydrates including other ingredients that guarantee they’re unhealthy, they’re all packaged in materials that are coated in a grease resistant chemical called perfluoro-octanoic acid (PFOA). It’s also frequently used in stain resistant and water resistant coatings. PFOA is highly toxic, and once ingested, stays in your system for years. Even worse is microwaving foods in these kinds of packaging, because that can increase the process of chemicals leaching into your food.

Bottled and canned foods and beverages
The hard, clear plastics that are used in beverage bottles often contain bisphenol-A (BPA), and though most of it is excreted by the body, most Americans who have urine tests have traces of it in their systems. BPA can have estrogen-like effects, and can cause reproductive problems. Canned sodas and acidic vegetables like tomatoes are the worst offenders because their acidic nature will speed up the chemical leaching process.

Styrofoam cups and containers
Styrofoam food and beverage containers contain polystyrene, which has been known to leach into liquids in food- especially in the presence of heat, fats, acids, or alcohol. Polystyrene has been linked to nerve damage and cancer risk. Coffee, tea (especially with lemon, due to its acidity), hot chocolate, and alcoholic drinks are the worst to be consumed from styrofoam containers. Never microwave food in a styrofoam container, because again, this will increase the chances of chemical leaching.

Need we say more?  Avoid processed foods in greaseproof wrappers,  don’t microwave them in the containers they come home in, avoid bottled drinks and foods put up in plastic or plastic coated cans, and just say NO to styrofoam.  Because,  yes,  you can judge a product by its package, and in lots of instances
the package is as dangerous as the contents.