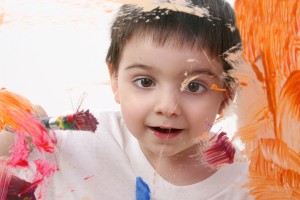 Speaking to the National Restaurant Association on Monday, Mrs. Obama pleaded with restaurants small and large to add apples or carrots as a default side dish on the kids’ menu.

Mrs. Obama said that Americans are spending half their food dollars outside the home and eating a third of meals in restaurants. She asked the restaurants to rethink the food they offer and reformulate their menus to help combat childhood obesity.

“We have to do more, we have to go farther, and we need your help to lead this effort,” she told the restaurateurs and executives.

The first lady has delivered similar messages to schools and the nation’s largest food companies as part of her effort to boost childhood nutrition. She told the restaurant industry that parents’ choices at restaurants need to be easier, and healthy options shouldn’t be buried on the menu.

She appealed to the industry’s creativeness to get the job done.

“You know what gets them to drive their poor parents crazy because they just have to have something,” she said.

Restaurants are often thought of as the worst offenders in terms of nutrition. Executives listening to the first lady’s speech said they are rethinking their menus as the public has demanded it.

Jean Birch, president of IHOP, said her company will soon be coming out with a new childrens’ menu on which all items will be under 600 calories and fruit is the default side. She said the aim is for parents not to have to argue with their kids to get them to order healthier items.

“The whole idea is to not have the fight at the beginning and we think that makes a lot of sense,” she said.

Geoff Tracy, owner of four restaurants in the Washington area, said he rewrote his restaurants’ menus after he had his own children. Kids can now have smaller portions of adult meals and fruit like pineapple skewers on the side.

“I don’t think we give kids enough credit,” he said.