Drew Carey is just a shadow of the man he used to be, and that’s the way he likes it. The former star of The Drew Carey Show and Whose Line Is It Anyway? and the current host of The Price Is Right has given himself until Oct. 31 to achieve the ambitious goal he set last November. He is aiming to reach 170 pounds—92 less than the desperately unhealthy 262 pounds he used to weigh. Not only has he succeeded in changing his body, he has changed his life.

The Drew Car breadey Diet is simply a low carb plan that provides him with plenty of energy, improves his health and stops his diabetes type 2 so he no longer has to take medication. 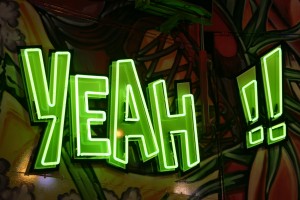 Drew Carey doesn’t have to worry about dying young, the way his father did, in his 40’s, from a heart attack.  Mr. Carey’s celebrity body is good to go now for decades to come. Mr. Carey himself has become the big entertainment news.

Sitting down for breakfast at a West Hollywood diner recently, Carey, 52, ordered his new “ usual”: scrambled egg whites with a side of fruit. In the old days, he’d start his mornings with pancakes and an egg, sausage, and cheese sandwich, washing it down with four cups of coffee sweetened with eight-plus packets of sugar. Now he quenches his thirst with bottomless glasses of water. And he’s loving it—really. “The hardest diet I was ever on was the one when I was fat,” Carey declares. “You can only wear fat clothes, you don’t feel good, your sex life gets damaged, you don’t have energy for anything. It’s horrible.

Drew Carey is the new poster boy for low carb dieting.  He was suffering from metabolic syndrome which caused daily spikes in blood sugar and an endless craving for food that caused his body to bloat upwards past 250 pounds.