There are large populations in the world who have splendid health as vegetarians. The Hindus in India, who have mastered a vegetarian diet for thousands of years,  certain traditional groups in the U.S. including 7th Day Adventists. Certain medical conditions improve on a vegetarian, or even vegan diet. 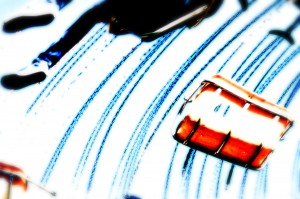 But it is our experience that for many, vegetarianism can be the road to ill health.

That being said, we understand, that no one diet works for everybody. Here’s some food for thought.

Guess Which Diet is the Healthiest Diet, Vegetarian, Vegan or Meat?

The answer is simple, there’s not any one diet that is right or “best” for everyone. Read on and find out why.

It is not uncommon to hear “I was a vegan for a long time, and it nearly killed me.” This is not an uncommon complaint among former vegans and vegetarians. What had happened vegans found they were not getting enough of the proper nutrition. Limitations of the vegan diet require extra diligence to make sure you get proper nutrients.

Vegetables and not large amounts of fruits will provide the nutritional benefits that will vastly improve your health and everyone should eat fresh organic grown fruits and vegetables every day. But, for some consuming too many fruits (especially fruits) and vegetables your fasting triglycerides may skyrocket. If this happens to you then this is clearly this NOT the right diet for you. Continuing on this diet will rapidly do some serious damage to your body and likely pass away from cardiovascular disease. But, this does not mean vegan or vegetarian diets do not work for others.

Not everyone needs to eat meat and certainly no one should eat factory farmed meat. But, it’s a clinical belief that virtually everyone benefits from some animal protein. It’s clear that meat is not necessary for most carb types, but they would benefit from other animal proteins like raw organic dairy and eggs. These protein sources would not violate any ethical concerns about sacrificing animals for meats.

When making a decision about which foods to eat there are a number of factors that need to be considered:

•Your nutritional type, which determines what ratio of fats, carbohydrates and protein your body needs to thrive. We all need some of each of these three categories, but our bodies require different ratios of each. This means that some people will thrive on very large amounts of vegetables and very little animal protein. For others, this ratio would spell disaster for their health.
•The types and amounts of vegetables chosen, as not all vegetables are suitable for all nutritional types, and different types need more or less vegetables to thrive.
•The quality of the meat, and the way it’s cooked will impact its health benefits.
People who fare the worst on a vegetarian diet are those who are naturally protein types, as they’re depriving their bodies of essential fuel, determined by their genetic and biochemical makeup.

Saturated Fats and Cholesterol are NOT Your Enemy

Nutrition is all about synergy. You need a little bit of everything. The idea that cholesterol and saturated fats are bad for you is one of the most common health myths out there. Fatigue and listlessness can be due to any number of nutritional deficiencies, not just a lack of fuel in the form of carbs. Example, certain animal-based foods such as raw milk products, raw eggs, and meat contain high concentrations of the precursor amino acids that your body uses to make glutathione, which is your body’s most powerful antioxidant. Not only that, without high quality protein you cannot build new cells or maintain tissues.

As for cholesterol and saturated fat being your enemy, this misconception has been carefully debunked in recent years. Many of the health problems attributed to fat and cholesterol are in fact caused by SUGAR, not fat!

It’s correct to assume meats are loaded with antibiotics, concentrated toxins, and disease-causing bacteria when discussing commercially-raised, factory farmed meats. However, these are absent when restricting meat choices to organically-raised, grass-fed meats.

Gold Standard of Vegetarianism is Anything But

Many who decide to become vegetarians for health reasons are often encouraged by research like The China Study written by T. Colin Campbell, who is not a physician but a PhD researcher with no clinical experience. Unfortunately, there are a number of problems with the “evidence” laid out in Campbell’s work.

First of all, the very title of the book is inaccurate. The China study is NOT actually a study but a comprehensive set of observations. While this approach can be valuable, it doesn’t, prove his assertion that animal protein should be avoided.

Campbell’s book contains several thousands of statistical correlations, which he insists show that consuming animal protein is associated with increased rates of cancer.

1.Since the China “study” was merely an observational study, the correlations do not – in fact, cannot — prove causation. All you can really do with data from an observational study is to form a hypothesis.
2.In many cases, the data doesn’t show statistically significant correlations between animal protein consumption and disease such as cancer at all. On the contrary. It would seem that sugar and carbohydrates are correlated with cancer – not animal protein. In addition, the data indicate that fat is negatively correlated with cancer mortality, which again contradicts the claim that meat is harmful.
In addition to Campbell’s work there are other studies showing that eating meat is bad for you in one way or another, and being vegetarian is good. But most of these studies get the favorable findings toward vegetarianism because most people consume cooked animal protein, which can create all kinds of toxic, cancer-causing substances in the meat. Those studies were NOT done on people who exclusively eat only organic, grass-fed meats, which would make all the difference. There are no studies comparing raw animal-food-based diets versus cooked vegetarian diets. Nor are there any studies comparing grass-fed, organic, lightly cooked meat diets to vegetarian ones. Even if there were, these types of studies could still be flawed because they most likely would not factor in the person’s nutritional type.

There is Not a Perfect Diet that Works for Everyone

Vegetarian diets do work for large numbers of people. About one third of the population would benefit from it – those who are strong carbohydrate types. These people thrive on plant-based foods and have spectacular health. However, there is an equally large, or even larger, population whose health is devastated by restricting animal protein and fats. There is an enormous level of biochemical and genetic individuality that essentially guarantees that there is no perfect food plan that will work for everyone. People fall into three different type of food categories:

The Best Way to Determine YOUR Optimal Diet

Listen to Your Body and adjust your foods based on how you feel mentally and physically after consuming them. If, after a meal, you feel sluggish, tired, nauseous, or depressed, your meal was not ideal. If you are indeed following the nutritional typing program, this will be a giant clue that you need to modify your diet. You must continuously check in with yourself and keep modifying your food choices until you find the right balance of fats, healthy carbs and protein for you. Nutritional typing is a way to determine what YOUR customized diet is, and it is not even a one-size-fits-all within each nutritional grouping.

The Way You Cook Your Meat Matters

There are a number of factors that influence the quality of the meat you eat, such as:

•Whether or not it’s organic (conventional meat is loaded with pesticides, hormones, antibiotics and other chemicals).
•Whether or not it’s grass-fed (essential for healthy meat).
•Whether or not it contains nitrates, preservatives linked to cancer (processed meats have virtually no redeeming health value).
•How the meat is cooked.
Any time you cook meat at high temperatures, whether you’re grilling, frying, or broiling, some pretty dangerous chemicals are created, including:

•Heterocyclic Amines (HCAs): These form when food is cooked at high temperatures, and they’re linked to cancer. In terms of HCA, the worst part of the meat is the blackened section, which is why you should always avoid charring your meat, and never eat blackened sections.
•Polycyclic Aromatic Hydrocarbons (PAHs): When fat drips onto the heat source, causing excess smoke, and the smoke surrounds your food, it can transfer cancer-causing PAHs to the meat.
•Advanced Glycation End Products (AGEs): When food is cooked at high temperatures (including when it is pasteurized or sterilized), it increases the formation of AGEs in your food. When you eat the food, it transfers the AGEs into your body. AGEs build up in your body over time leading to oxidative stress, inflammation and an increased risk of heart disease, diabetes and kidney disease.
Even if you are a protein type who thrives on red meat, eating factory farmed, grain-feed beef that’s been charred to a crisp will NOT improve your health. In order for meat to be its healthiest, it should be organic and grass-fed, and it should be cooked as little as possible.

While there are many variables involved, the majority of people (about 60 percent) will feel their best when they include some healthy sources of lightly cooked or raw animal protein in their diet. If your currently on a vegetarian or vegan diet and it allows you to function at the highest level of energy and fitness without feeling hungry or craving sweets, that’s a good sign that you are eating the right food appropriate for your nutritional type.