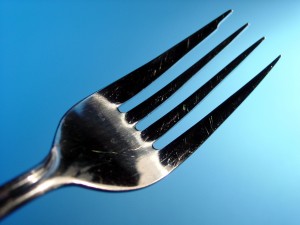 A few extra pounds will kill you

There are so many massively obese people wobbling around that it’s easy to feel good about being just a little overweight.

It doesn’t matter if you’ve got a little spare tire around your belly or if you’re the size and shape of a Mack truck — if you’re overweight, you’re staring death in the face every time you gobble down another McRib.

A new study puts that death risk in black and white: Overweight people die sooner, even if all they’re packing is a few extra pounds.

Researchers looked at data on nearly 1.5 million people who participated in 19 long-term studies of up to 28 years, and found that the lowest death risk was among those with BMIs between 22.5 and 24.9.

That’s the upper half of “normal,” even if anyone that thin seems freakishly abnormal these days.

When you hit a BMI of 25, you’re overweight — and that’s also where the death risk kicks in. Researchers say anyone in the “overweight” category was 13 percent more likely to go kaput during the study period.

And after that, every five-point climb up the BMI ladder boosted the death risk by nearly a third. Obese people (BMIs of 30-34.9) were 44 percent more likely to kick the bucket during the study period, while the “severely obese” (35-39.9) had an 88 percent increased risk of death.

And those who broke the BMI — people in the frightening 40+ “morbidly obese” category — had 2.5 times the death risk, according to the study in the New England Journal of Medicine.

You can’t blame that death risk on everyone’s favorite bogeyman, since the researchers excluded smokers. You can’t even blame a preexisting heart or cancer risk since they also kicked out anyone who had either condition at the start of the study.

In other words, it’s almost certainly the extra weight — even those few extra pounds you’re trying so hard to ignore.

But even if you succeed in ignoring them… they’re clearly not ignoring you.