Months after her 2-year-old son died from eating a fast-food hamburger tainted with E. coli in January 1993, Diana Nole of Gig Harbor, Wash., went to Capitol Hill and asked Congress to overhaul the nation’s food-safety laws. 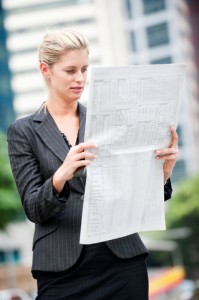 Now Congress could be on the verge of passing a sweeping measure that Nole and others say is a “step forward” but falls short of what’s truly needed.

The Senate Tuesday passed a bill designed to give the Food and Drug Administration new powers to protect consumers from unsafe food. The measure was approved 73-25, and an effort is under way to reconcile it quickly with a more stringent version approved by the House of Representatives before the lame-duck session of Congress ends. President Barack Obama has indicated he’d sign the bill.

Why Does The Silver Cloud Diet recommend eating a diet from a broad range of unprocessed foods? The industrialization of the food supply in the U.S. has brought many health risks.  Now, a new law is taking shape to protect people from food borne illnesses.  It’s not a perfect bill, but it’s a start.

Safer food and more accountability from food companies are the goals of the Food and Drug Administration Food Safety Modernization Act.

After languishing for more than a year, a food-safety bill that has enjoyed strong bipartisan support passed the Senate on Tuesday, raising prospects for tougher and more extensive federal inspections and other safeguards.

The bill, which President Obama supports, still needs to be reconciled with differing provisions in legislation passed by the House in July 2009.

But the Senate’s approval, by a 73-25 margin, was cheered by food safety experts and advocacy groups as a sign that the long delay could be nearing an end and the nation’s food-safety laws will receive their first major overhaul in decades.

The Senate’s decisive approval of the first major overhaul of U.S. food safety laws in 70 years marked a major step forward in bipartisan efforts to give the government new tools for protecting consumers against tainted fruits, vegetables, eggs and other foods.

The measure now must be reconciled with a House version that was approved more than a year ago but differs on details.

Food safety experts, agricultural producers and political figures in both parties hailed the Senate action as a sign that final action might be near on the long-awaited effort to increase protection against contaminated food, including the increasing share that comes from abroad.

“This legislation means that parents who tell their kids to eat their spinach can be assured it won’t make them sick,” said Sen. Tom Harkin, D-Iowa, who as the chairman of the Senate Health, Education, Labor and Pensions Committee wrote the bill, referring to a more recent e-coli outbreak traced to spinach.

However, the measure does nothing to sort out the overlapping jurisdictions among the FDA and other federal agencies that regulate food safety. The new bill doesn’t cover meat, poultry and eggs because the Department of Agriculture regulates them.

The Senate bill would give the FDA new powers to recall tainted food, increase inspections of food processors and impose tougher food-safety standards on producers.

The action came after contaminated eggs, peanuts and produce sickened hundreds of people this year, and more than 550 million eggs suspected of salmonella contamination were recalled.

But the measure requires the FDA to inspect what it defines as “high risk” producers only once every three years. The bill also exempts small farms from the new requirements.

Even so, backers of the legislation said it represents a major overhaul and were quick to point out that it received bipartisan support. According to estimates from the Centers for Disease Control and Prevention, foodborne illnesses sicken 76 million Americans every year; 325,000 are hospitalized and 5,000 — 14 a day — die.

For Nole, the passage of time has helped ease the pain of her son’s death, but it remains.

Michael Nole was the first of three children in Washington state to die after eating contaminated and undercooked meat from Jack in the Box restaurants. More than 600 people were sickened and more than 100 were hospitalized.

“It’s easier than it was,” his mother said. “Of course I think of him every day. I see him in my other kids.”

Nole and her husband often visit their son’s grave on his birthday, which is Dec. 9.

The Noles have two other children, boys 17 and 13, and much of their energy is focused on raising them rather than advocating for new food-safety laws. But she still follows the legislation and was reading the Senate bill over lunch Tuesday. “It’s a step forward,” she said.

Sen. Patty Murray, D-Wash., is also a member of the committee.

“Today marks a bittersweet and long-overdue victory for the families and individuals that were affected by the E. coli outbreak that shook Washington state and the Northwest in 1993,” Murray said. “This legislation is the first food-safety legislation to pass in decades and will go a long way to making sure the U.S. continues to have the safest food supply in the world.”

Others, including Nole, aren’t so sure.

Nole said she was especially bothered that the bill didn’t cover meat, poultry and eggs. She also said that all farms, regardless of size or whether they were organic, should be covered.

“I’m glad to see it is still moving forward,” she said of the effort to secure tougher food-safety regulations. “But I don’t trust the government. It’s up to the consumer.”

Nole is one of the founders of a food safety group called Safe Tables Our Priority. Nancy Donley, the president of the group, said the Senate bill could have been better but that it nonetheless would improve food safety.

“The bottom line is we believe it will save lives, but we still have a few issues,” Donley said, adding she thought the bill lacked the “teeth” to be effective.

Nole said she hadn’t been active lately with Safe Tables Our Priority, but that could change when her two sons are grown.

“You have two choices in life,” she said. “You can let it beat you or you can beat it. I decided it wouldn’t beat me.”

Its passage leads to one of the biggest overhauls in food safety legislation since the 1930s, when the modern approach to food safety was established, said Robert L. Buchanan, professor and director of the Center for Food Safety and Security Systems at the University of Maryland.

Most of the legislation, Buchanan told MyHealthNewsDaily, involves “making the ‘machinery’ of food safety work better behind the scenes. Hopefully it will prevent recalls, outbreaks and contamination, and provide the tools for the FDA to do a better job.”

The aim of Senate Bill 510, sponsored by Sen. Dick Durbin (D-Ill.), is to keep large-scale recalls — such as the ones directed at peanut butter last year and eggs this year  — from happening again, said Craig Harris of the Food Safety Policy Center at Michigan State University. Those recalls were due to salmonella bacteria contamination, which sickened hundreds.

“As our food system in the U.S. has become more industrialized, and the companies have become much larger in scale, now a peanut outbreak – a contaminated peanut situation – can affect people in more than half the country,” Harris said.

Read what the news wires are saying:

Reuters: “The Senate passed the largest overhaul of the U.S. food safety system in decades on Tuesday, a response to massive recalls such as last summer’s recall of half a billion eggs in a salmonella outbreak. The Senate voted 73-25 to pass the bill. The House of Representatives backed a different version in July 2009. With their post-election session due to end by mid-December, lawmakers have just weeks to resolve their differences and send legislation to President Barack Obama to sign into law.” Under the legislation, the U.S. Food and Drug Administration would gain the authority to recall food if a company refuses to do so voluntarily and increase inspections at some food processing plants and “expand FDA capabilities to trace the source of food borne disease outbreaks such as E. coli and salmonella” (11/30).

The Wall Street Journal: “Proponents say the bill would bring faster responses to contamination outbreaks and mean fewer safety blowups. ‘The new law requires a fundamental shift in the [FDA’s] food-safety program, emphasizing prevention instead of waiting until people become sick or die,’ said Chris Waldrop, director of the Consumer Federation of America.” The bill is backed by the U.S. Chamber of Commerce as well as “major business groups representing food producers and grocery stores.” Small farms had “warned of higher prices as businesses comply with the new rules, and said consumers might lose access to some local produce if smaller farmers couldn’t keep up” (Mundy/Tomson, 12/1).

National Journal: Unlike the House version of the bill, “the Senate version leaves FDA funding for expanded investigations up to appropriators, and getting extra funds could be an uphill battle in a deficit-concerned and divided Congress, … requires less frequent inspections of high- and low-risk facilities than the House version, and includes compromise language from Sen. Jon Tester, D-Mont., exempting certain small farmers from some regulations” (11/30).

Roll Call: But the House may end up blocking the bill “because Democrats violated a constitutional provision requiring that tax provisions originate in the House. By pre-empting the House’s tax-writing authority, Senate Democrats appear to have touched off a power struggle with members of their own party in the House. The Senate passed the bill Tuesday, sending it to the House, but House Democrats are expected to use a procedure known as ‘blue slipping’ to block the bill, according to House and Senate GOP aides. The debacle could prove to be a major embarrassment for Senate Democrats.” Senate Majority Leader Harry Reid could “simply drop the issue and let the next session of Congress start from scratch,” or he could “could try to force the issue in the Senate after the House passes a new version of the bill” (Stanton, 11/30).

CNN: Meanwhile, food safety advocates “said [the bill is] a good step forward, but lacking in several important areas regarding inspections on U.S. facilities and imported foods.” The bill does give the FDA new power to prevent foodborne illness but “the FDA cannot file criminal charges against producers who knowingly put contaminated food into the market (Landau, 11/30).