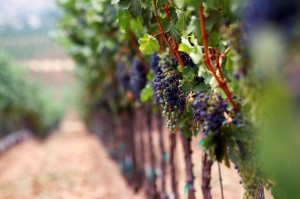 Does red wine, with its natural resveratrol contribute to anti-aging? What about creating supplements named “resveratrol”?

Doubts grow over resveratrol and other compounds under development at the GSK company.

Earlier this year, a group at Pfizer published a study challenging the research that became the cornerstone of Sirtris, a high-profile company that is developing compounds to treat or prevent the diseases of aging. This set off a chain of questions over the Boston-area start-up, which was bought in 2008 by GlaxoSmithKline for a hefty $270 million.

Sirtris has captured headlines for its efforts to combat aging-related maladies. The company is testing compounds called sirtuin activators, named for their reported ability to activate SIRT1, an enzyme thought to play a crucial role in aging.

The Pfizer study suggested that resveratrol, a compound found in red wine, and other molecules under development at Sirtris, don’t really activate this key enzyme and may not even have the life-extending benefits that have been reported by Sirtris founder David Sinclair and others. Previous research had raised similar questions. But until recently, the debate was limited largely to the academic arena.

A piece in Nature outlines the rather technical arguments over Sirtris’s sirtuin activators and what it might mean for the company and for anti-aging research more broadly. “The sirtuin stuff has just sort of been a runaway train,” Brian Kennedy, biologist at the University of Washington in Seattle, told Nature. Kennedy was lead author on one of the papers that proposed that resveratrol’s apparent effect on sirtuins was an experimental artifact. “We might have caused the train to wobble a little, but it kept barrelling down the tracks,” he said.

According to Nature, the Pfizer study

…presented evidence that the compounds were inhibiting a slew of other proteins — and some of the mice taking high doses of the drugs died. The paper concluded that the Sirtris compounds and resveratrol were pharmacological dead-ends owing to “their highly promiscuous profiles”.

… Some labs have been unable to consistently reproduce Sinclair’s life-extending results in model organisms such as fruitflies and nematodes, and debate has simmered over whether SIRT1 activation truly mimics caloric restriction.

However, the article says

… Most researchers seem to agree with Sirtris that the SIRT1-activating compounds do have beneficial effects in mice. Rafael de Cabo at the National Institute on Aging in Baltimore, Maryland, and a co-author on the 2006 Nature paper, says that he has safely tested one of the compounds, SRT1720, in more than 1,000 mice, some of which received the compound for two years. At least three other groups have published data showing that SRT1720 is beneficial and non-toxic in mice.

Sirtris and GSK have dismissed the controversy. Because the company aims to market drugs that slow or prevent the diseases of aging rather than extend longevity, sirtuin activators’ effects on lifespan may not matter.