While Walmart issued its latest “5 Year Plan” edict, those of us interested in sustainable foods, take a wait and see attitude towards their good-for-you plans. 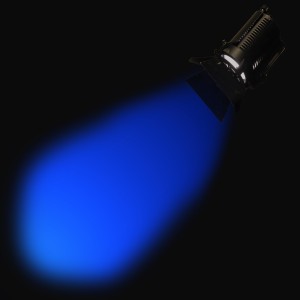 We usually think of countries like the U.S.S.R., China, and Argentina, with sweeping “5-year plans”,  but Walmart just keeps coming with its own plans to take over the world.

They want more stores and bigger stores and more one-stop shopping stores than ever before.  Witness their plans for a healthy turn.

According to their latest press release, they plan to make thousands of packaged foods lower in unhealthy salts, fats, and sugars and concurrently they say they’ll drop prices on fruits and vegetables.

All that sounds like it’s a total benefit to consumers.  In fact, the heads of Walmart have made their case to Michelle Obama, whose showpiece is an effort to reduce childhood obesity, and Mrs. Obama has thrown her support Walmart’s way.

Walmart’s plan sets specific targets for lowering sodium, transfats and sugars in products including soups, canned beans, salad dressings and snacks, first in their house brand, Great Value, then in a strong-arm move on some of their major suppliers including Kraft, to follow suit.

If history teaches us anything,  it teaches us that when the big gorilla in the room stretches,  the other guys step back.  You can expect major suppliers to change the formulae in their processed food products.

Of course, none of this addresses the basic fact that these processed foods are a bad nutritional bet any way you slice it.  And you can bet they’ll be tweaking these products in their labs for flavor by adding Dr. Strangelove chemicals to make up for the lost sugars, salts and fats.

Walmart pledges that the customer won’t feel the pinch at the checkout counter either and says it will also lower prices on fresh fruits and vegetables.

Did anyone say farmers?  This will impact them in much the same way that huge Walmart contracts impact other sectors.  They’ll take the hit, or lose the contract.

Walmart, who sells more groceries than any retail business in the country, certainly is in a position to call the shots with its suppliers. And, according to insiders, has as much power as the USDA and the FDA to set policy about processed food products ingredients.

Wouldn’t it just be simpler to take the processed food products off your grocery list?  Buy real eggs, organic milk, and fresh produce provided from your local farmers markets?

While Walmart claims it’s only responding to the demand of its customer base, it seems to me that the American consumer is really demanding so much more: locally raised food products, minimally processed, and delivered fresh.

Is that doable?  I think so. We get what we want in the market place and what I want is more local food available.  That’s the way to health and happiness as far as I’m concerned. I don’t much care what Walmart does.