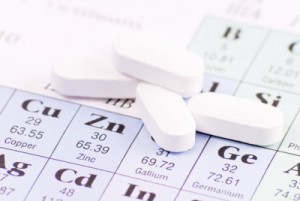 Heart disease and diabetes. Add in cancer and you have a trifecta of killer conditions plaguing Americans today. But what if one simple mineral could reduce your risk for two of the three diseases? According to researchers from Sri Lanka, zinc may be that miracle mineral.

We’ve known for years that there is a strong connection between zinc and insulin. In fact, people with diabetes frequently have lower levels of zinc than those without diabetes. One reason for this is that diabetics tend to have increased excretion of zinc.

Additionally, high blood sugar levels — a hallmark of diabetes — create significant oxidative stress. The use of antioxidants has been shown to help improve oxidation, while also enhancing your body’s response to insulin.

Unfortunately, the risk of cardiovascular disease among diabetics is more difficult to address. Coronary heart disease is a major cause of death among people with type 2 diabetes. This, of course, is due in large part to obesity, but also to risk factors such as high blood pressure, high LDL cholesterol levels, and an imbalanced ratio of LDL to HDL cholesterol.

Taking all of this into account, researchers wanted to know if type 2 diabetics taking a multivitamin with or without zinc would see any improvement in either blood sugar levels or cholesterol levels.

Zinc to the Rescue

Eighty-six people took part in and completed the study. All had been diagnosed with type 2 diabetes for at least two years and were all taking oral diabetes medications (either sulfonylurea, metformin or a combination of the two drugs).

Researchers randomly divided the participants into three groups. The first group took a multivitamin/mineral. It contained vitamins A, D3 and E, magnesium, manganese, copper and selenium. The second group took the same multivitamin/mineral, but with the addition of 22 mg of elemental zinc. The third group was given a placebo. All three groups took one tablet a day for four months.

Blood samples were taken at the start of the study and after the four months. At the end of the study period, researchers found that those people in the zinc/multinutrient group had a statistically significant reduction in their fasting blood sugar levels, as compared to the other two groups.

The zinc group also saw a significant reduction in Hb(A1C) levels, which is used to measure the amount of glucose in the blood over a long period of time. The change in the other two groups was not significant.

This is important because HDL’s job is to take up extra cholesterol in the blood and send it back to the liver. If you have more LDL cholesterol than HDL can handle, you can set yourself up for high cholesterol levels. Therefore, keeping these two types of cholesterol in proper balance can help reduce your risk for cardiovascular disease.

Based on these findings, researchers concluded that taking zinc in combination with a good multivitamin/mineral can help diabetes patients on standard oral medication improve their blood sugar levels, as well as their cholesterol levels.

What You Can Do

Whether you have diabetes, are insulin resistant, or simply want to protect yourself from elevated glucose levels, zinc looks like your go-to mineral.

To make sure you are enjoying the same benefits as those found in the study, look for a good daily multinutrient that contains, among other nutrients, vitamins A, D3 and E, magnesium, manganese, copper and selenium, as well as at least 22 mg of zinc. If it contains less zinc, you may want to add a separate zinc supplement to your regimen.