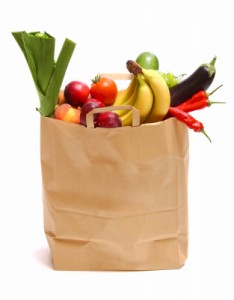 Washington, DC – Environmental Working Group has released the seventh edition of its Shopper’s Guide to Pesticides in Produce with updated information on 53 fruits and vegetables and their total pesticide loads. EWG highlights the worst offenders with its “Dirty Dozen” list and the cleanest conventional produce with its “Clean 15” list.

Analysts at EWG synthesized data collected from the U.S. Department of Agriculture and the Food and Drug Administration from 2000 to 2009. Produce is ranked based on a composite score, equally weighing six factors that reflect how many pesticides was found in testing of on each type of the produce and at what levels. Most samples are washed and peeled prior to being tested, so the rankings reflect the amounts of the chemicals likely present on the food when is it eaten.

Notable changes in the new guide included apples’ rank as the most contaminated produce, jumping three spots from last year to replace celery at the top of the “Dirty Dozen” list. According to USDA, pesticides showed up on 98 percent of the more than 700 apple samples tested.

Making an appearance in the guide for the first time is the herb cilantro, which had never been tested by USDA until now. The data showed 33 unapproved pesticides on 44 percent of the cilantro samples tested, which is the highest percentage of unapproved pesticides recorded on any item included in the guide since EWG started tracking the data in 1995. Also appearing in the guide for the first time are green onions, cranberries and mushrooms. Mushrooms made the “Clean 15” list, while honeydew was the only item to drop off that list this year. Cherries dropped off the “Dirty Dozen” list, but lettuce, which has made the list in previous years, were back on.

Pesticides can be extremely toxic to human health and the environment. U.S. and international government agencies alike have linked pesticides to nervous system toxicity, cancer, hormone system disruption and IQ deficits among children.

Chemicals and pesticides can also derail any weight loss program.  “Chemicals can increase food cravings, cause retention, and can actually cause weight gain.  These same additives are often allergenic, and can cause insulin levels to spike, playing havoc with those people who are pre-diabetic, or diabetic,” said Dr. John P. Salerno, Founder of The Salerno Center for Complementary Medicine and renowned medical expert on natural health and wellness.  “This is why I recommend organic foods to all of my patients especially those with weight issues and diabetes.”

“Though buying organic is always the best choice, we know that sometimes people do not have access to that produce or cannot afford it,” said EWG President Ken Cook. “Our guide helps consumers concerned about pesticides to make better choices among conventional produce, and lets them know which fruits and vegetables they may want to buy organic.”

The Dirty Dozen: Highest in Pesticides

The Clean 15: Lowest in Pesticides