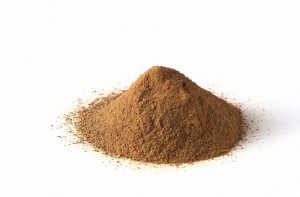 Cocoa has long been utilized for its potent anti-depressive and anti-oxidant properties but it is now being recognized for its powerful cardiovascular benefits.

Japanese researchers recently examined the effects of cacao polyphenols such as (−)-epicatechin, (+)-catechin, and procyanidin B2 and C1 in human intestinal cells. The team discovered that the polyphenols increased apolipoprotein A1 (Apo-A1) levels, which the body utilizes to produce HDL cholesterol; while levels of alipoprotein B, the main alipoprotein responsible for carrying LDL cholesterol to cells, decreased. The researchers submit that the cocoa compounds increased the sterol regulatory element binding proteins (SREBPs), which are responsible for the regulation of genes involved in cholesterol biosynthesis and metabolism, “[elucidating] a novel mechanism by which HDL cholesterol levels become elevated with daily cocoa intake.”

Their analysis of 21 studies with 2,575 participants shows that cocoa consumption is associated with decreased blood pressure, improved blood vessel health, and improvement in cholesterol levels, among other benefits.

Eric L. Ding, PhD, of Harvard Medical School says the apparent health benefits come from polyphenolic flavonoids in cocoa that have the potential to prevent heart disease. Flavonoids are antioxidants that are commonly found in fruits, vegetables, tea, wine, and coffee.

Flavonoid-rich cocoa consumption also was linked to reductions in risk factors for diabetes — a major risk factor itself for cardiovascular disease.

Further, consumption of flavonoid-rich cocoa did not change triglyceride levels of study participants or make them obese. Triglycerides are a type of blood fat that have been linked to coronary artery disease when levels are elevated above normal.