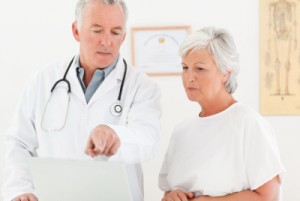 In addition to brain atrophy, researchers have reported that just being overweight in middle age puts you at greater risk of having decreased cognitive abilities and suffering “steeper cognitive decline” later in life.  A healthy diet forms the foundation for successful aging. A high-fat, low-carb diet, along with exercise and vitamin supplementation are essential to preserving and enhancing brain function.

Mice with the mouse model of Alzheimer’s disease show improvements in their condition when treated with a high-fat, low-carbohydrate diet. A report published today in the peer-reviewed, open access journal Nutrition and Metabolism, showed that a brain protein, amyloid-beta, which is an indicator of Alzheimer’s disease, is reduced in mice on the so-called ketogenic (high-fat, low-carb) diet.

The report, by Samuel Henderson, from Accera, Inc, Colorado and colleagues from Belgium runs counter to previous studies suggesting a negative effect of fat on Alzheimer’s disease. “This work supports the premise that key aspects of Alzheimer’s disease can be altered by changes in metabolism. It also highlights the interaction of dietary components and how such components influence the metabolic state”, write the authors.

The authors believe that insulin and the related hormone, insulin-related growth factor-1 (IGF-1), are the key players. “Insulin is often considered a storage hormone, since it promotes deposition of fat but insulin may also work to encourage amyloid-beta production.”

Richard Feinman, editor of the journal, explains the relation between nutrients: “You might say that fat is the bomb, and insulin (from carbohydrate) is the fuse. Most studies of the deleterious effects of fat have been done in the presence of high carbohydrate. If carbs are high, dietary fat is not oxidized and is instead stored as body fat.” When carbohydrates are very low and fat is high, compounds called ketone bodies are generated (ketosis) and these compounds may play a role in the observed reduction in amyloid-beta. In association with a group from University of Washington led by Dr. Suzanne Craft, Henderson has previously shown cognitive improvement in patients with mild AD who were given a diet that raises ketone bodies.

In an accompanying editorial, Feinman says, “Although it is too early to tell how the results will fit into the treatment of AD, the implication for diet in general is also important.” The primacy of insulin as a control element is the basis of popular weight-loss diets based on carbohydrate restriction. Such regimens allow dieters to regulate fat and calorie intake by appetite alone as long as carbohydrate intake remains minimal. Feinman points out, “Henderson’s effort is one of several recent studies that point the way to understanding metabolism beyond the issues surrounding simple fat reduction.” 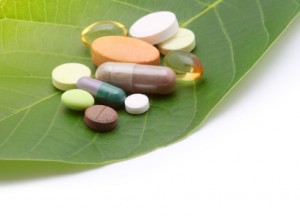 High-quality supplements provide nutrients that are essential tools for keeping your brain young and fit. They are capable of increasing your brain power and processing speed, while simultaneously addressing specific adverse conditions throughout the rest of the body.
• Omega-3 fatty acids (fish oil): 1680 EPA and 1200 DHA