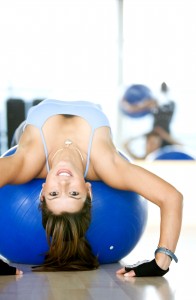 Dr. Andrew Weil agrees with Dr. John Salerno, that saturated fat is not the problem in obesity, heart disease or other so-called lifestyle diseases of the Western diet. The problem is carbohydrates. Read Dr. Weil’s latest advice.

An analysis that combined the results of 21 studies, published in The American Journal of Clinical Nutrition found that “saturated fat was not associated with an increased risk” of coronary heart disease, stroke or coronary vascular disease.
Although this was not a true study, it was a big analysis. It aggregated information from nearly 348,000 participants, most of whom were healthy at the start of the studies. They were surveyed about their dietary habits and followed for five to 23 years. In that time, 11,000 developed heart disease or had a stroke. Researcher Ronald M. Krauss of the Children’s Hospital Oakland Research Center in California found that there was no difference in the risk of heart disease or stroke between people with the lowest and highest intakes of saturated fat.
This contradicts nutritional dogma we’ve heard repeated since 1970, when a physiologist named Ancel Keys published his “Seven Countries” study that showed animal fat consumption strongly predicted heart attack risk. His conclusions influenced US dietary guidelines for decades to come, but other researchers pointed out that if 21 other countries had been included in that study, the association that Keys observed would have been seen as extremely weak.
Meanwhile, in the years since, there has been increasing evidence that added sweeteners in foods may contribute to heart disease. Sweeteners appear to lower levels of HDL cholesterol (the higher your HDL, the better) and raise triglycerides (the lower the better). That’s according to a study of more than 6,000 adults by Emory University and the Centers for Disease Control and Prevention, and published in April in The Journal of the American Medical Association.
People who received at least 25 percent of their daily calories from any type of sweetener had more than triple the normal risk of having low HDL levels than those who consumed less than five percent of their calories from sweeteners. Beyond that, those whose sugar intake made up 17.5 percent or more of daily calories were 20 to 30 percent more likely to have high triglycerides.
Science writer Gary Taubes has done more than anyone else to deconstruct the Keys mythos and replace it with a more sensible view, informed by better science. I recommend his book, Good Calories, Bad Calories: Challenging the Conventional Wisdom on Diet, Weight Control and Disease. It presents more than 600 pages of evidence that lead to these conclusions:

1. Dietary fat, whether saturated or not, is not a cause of obesity, heart disease or any other chronic disease of civilization.
2. The problem is the carbohydrates in the diet, their effect on insulin secretion, and thus the hormonal regulation of homeostasis — the entire harmonic ensemble of the human body. The more easily digestible and refined the carbohydrates, the greater the effect on our health, weight and well-being.
3. Sugars — sucrose and high-fructose corn syrup specifically — are particularly harmful, probably because the combination of fructose and glucose simultaneously elevates insulin levels while overloading the liver with carbohydrates.
4. Through their direct effects on insulin and blood sugar, refined carbohydrates, starches and sugars are the dietary cause of coronary heart disease and diabetes. They are the most likely dietary causes of cancer, Alzheimer’s disease and other chronic diseases of modern civilization.
My point here is not to promote meat consumption. I’ve written here previously about humanitarian and ecological reasons to avoid a meat-centric diet, especially if the meat comes from factory-farmed animals. Instead, my purpose is to emphasize that we would be much healthier as a nation if we stopped worrying so much about fats, and instead made a concerted effort to avoid processed, quick-digesting carbohydrates — especially added sugars. The average American consumes almost 22 teaspoons of sugars that are added to foods each day. This obscene amount is the principal driver of the “diabesity” epidemic, sharply increases coronary risks and promises to make this generation of children the first in American history that will die sooner than their parents.  – Dr. Andrew Weil