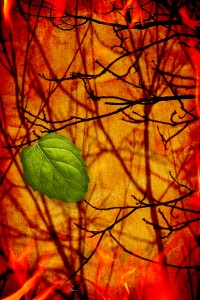 The USDA ruled that farmers are now free to plant GE alfalfa, and USDA won’t even keep track of who plants it where. The implications are huge.

Monsanto has been trying for years to gain approval for its genetically modified Roundup-Ready alfalfa seed. On January 27, 2011, it finally got the green light in the form of “deregulation.” This means that farmers are free to plant GE alfalfa, and the USDA won’t even be keeping track of who plants it where. There will be no tracking, no notification system, and no responsibility on the part of Monsanto for any business that is lost as a result of the genetic contamination that is certain to result. If the ruling stands, we can kiss organic dairy and beef goodbye, and many organic vegetable growers will have to switch the cover crops they use on their fields.

The Center for Food Safety is planning on dragging the issue back to court, where the organization has a good track record in recent years against Monsanto, even in the notoriously business-friendly U.S. Supreme Court, which in June upheld a ban on the planting of Roundup-Ready alfalfa until the USDA drafts an environmental impact statement (EIS).

The EIS was dutifully drafted and released in December 2010. The document airs the concerns expressed by the vast majority of the 200,000-plus comments on GE alfalfa, yet somehow concludes: “…consumer preferences for organic over GE foods are influenced in part by ethical and environmental factors that are likely unrelated to minor unintended presence of GE content in feed crops.”

That’s quite a use of the word “likely”: When the organic rules were drafted in 1997, Big Ag tried very, very hard to include GE products in organic-labeled foods. In response to this attempt, USDA received over 275,000 comments against GE in organics. It was the largest number of comments USDA had ever received on a single issue. How USDA managed to conclude that consumers of organic food are likely unconcerned by contamination of organic products is a mystery — at least, until we recall that Tom Vilsack, Obama’s agriculture boss, used to fly around in a Monsanto corporate jet while governor of Iowa. During that same period he was also named “Governor of the Year” by the Biotechnology Industry Council.

Another word in the above statement that bears scrutiny is “minor,” as in “minor unintended presence of GE content in feed crops.” While it may be true that the public may in fact be OK with a little “minor” genetic contamination, there’s nothing minor about the threat posed by Roundup-Ready alfalfa.

Alfalfa is the main forage crop for dairy cows and one of the principle foods for beef cows, especially grass-fed cattle. Alfalfa is a perennial, easily lasting five years once planted. And it’s bee-pollinated, which means each year, every non-GE alfalfa plant within five miles of every GE alfalfa plant will likely be contaminated by GE genes.

According to the Organic Consumers Association, “…the massive planting of a chemical and energy-intensive GE perennial crop, alfalfa [is] guaranteed to spread its mutant genes and seeds across the nation; guaranteed to contaminate the alfalfa fed to organic animals; guaranteed to lead to massive poisoning of farm workers and destruction of the essential soil food web by the toxic herbicide, Roundup; and guaranteed to produce Roundup-resistant superweeds that will require even more deadly herbicides such as 2,4 D to be sprayed on millions of acres of alfalfa across the U.S.”

When Tom Vilsack was named Agriculture Secretary by President Obama in late 2008, sustainable food activists felt they had been duped. The appointment followed a flood of opposition that resulted in Vilsack’s name being removed from Obama’s shortlist of USDA chiefs. This rope-a-dope took the wind out of opposition sails, and foodies let down their guard and began optimistically ruminating on who should run the agency. Then, out of the blue, Vilsack was appointed. Two years into Obama’s administration, he appears to embody Obama’s centrist approach, praising organic foods out of one side of his mouth while supporting GE foods out of the other, as if the two are separate but equal.